Love Is A Pain Of It's Own (Single)

Calboa Returns With 'Love Is A Pain Of It's Own' 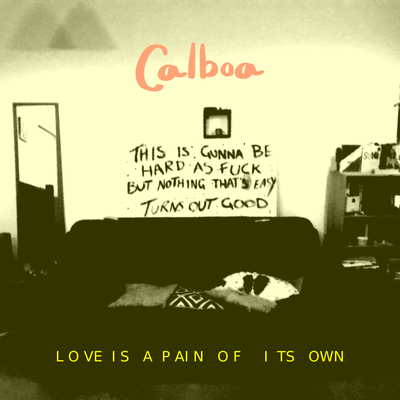 Love Is A Pain Of It's Own (Single)

Calboa's new single, 'Love Is A Pain Of Its Own,' is out now. He's still riding high on the success of his previous songs, but this new track from the Yorkshire musician is even bigger.

The forward-thinking Hull musician has been experimenting with his indie style for some time now, and he leaps to the top with vigour here. Calboa also maintains the indie flame while providing new components for everyone to appreciate.

'Love Is A Pain Of Its Own' is anything but trite. It generates just the perfect amount of diversity and strengthens itself over time. Although a crisp guitar solo screams for attention, it flows smoothly.

Calboa is in top vocal shape. He appears to have found his footing. His last track had excellent vocals, but he sounds a lot more assured on 'Love Is A Pain Of Its Own.' On this track, his confidence shines through, and he pushes into higher octave ranges, hitting the sweet spot on several occasions.

The music has a lot of energy and drives, and it captivates instantly, transporting us to a different world inside the indie universe. In the chorus, it slaps the face like a wet fish, and it's what the industry has been craving.

Is this, however, enough to secure his place in history? Overall, he's making huge strides and adding to his already impressive discography; so, there's no reason why he shouldn't have a long career in this genre. However, he must remain consistent with his releases and continue to create bangers like this; if he does, he could easily be topping festival bills.