All Aboard The R Train! The Group Shares "Rock On" 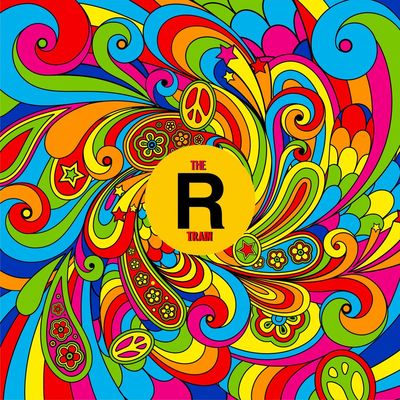 This is probably one of their catchiest songs yet, with infectious bass and percussion rhythms, as well as lead singer Jeffrey Black’s keynote vocals. The intro alone sets the scene for a rock hit with killer vibes, leading into a playful song about staying positive and keep moving on.

Their last release “Timeline” was robust and punchy, but “Rock On” takes their rock sound to a whole new level with even bigger riffs, and a concert stadium surround sound.

The band is an all American rock band, formed in early 2019. Vocalist guitarist Jeffrey Black, drummer Mike Annese, and bassist Denny Lee came up with the name when travelling on the New York Subway, the R Train.

They were on their way to master some tracks at the legendary “Record Plant”, which is home to some of the greatest recordings of all time from the likes of John Lennon, Jimi Hendrix and Aerosmith. As they were on the subway they thought “we are in the greatest city in the world, travelling on the ride of a lifetime.” And so, the name was born.

“Rock On” is the second single release this summer from their 11 song album “Full Throttle.”

For more information on The R Train Band visit their website: http://www.thertrain.com/