One For You (Single)

Read more
REVIEW album Noah Lema One For You (Single)

Noah Lema Teams Up With Anderton 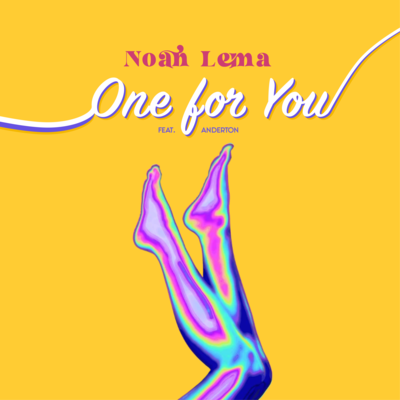 One For You (Single)

Noah Lema's new single "One For You," which features Anderton on lead vocals, is precisely on the money. From the moment it begins, the tune is a standout, and it does not disappoint as it goes.

Pop hasn't sounded this marvellous since Michael Jackson ruled the charts left, right, and centre. It's also no surprise that MJ and Prince have influenced Noah's new album, which also takes heavy hints from other tracks in the 1980s era. It's a feel-good performance that takes the listener's attention right away and doesn't let go.

The music is engaging and takes you back in time. Furthermore, Noah's superb producing courage propels shivers high on the back of the neck as the synth springs out of the mix with energy. So much so, it's difficult not to tap along to the catchy pace as he fills the mixture with various flavours.

In terms of vocals, Anderton is in mesmerizing form, and he stands out with distinction, bringing even more confidence to the mix. He speaks in a candid technique, lamenting and discussing his lover's inability to appreciate the small things he does. He also establishes that he is the one for them by telling a love tale, but not in a clichéd way that makes you want to reach for a bucket.

Noah Lema will likely release a slew of new music this year, which will follow the highly acclaimed 'One For You.' However, let's hope he continues to work with Anderton since the two of them are unstoppable when combined!