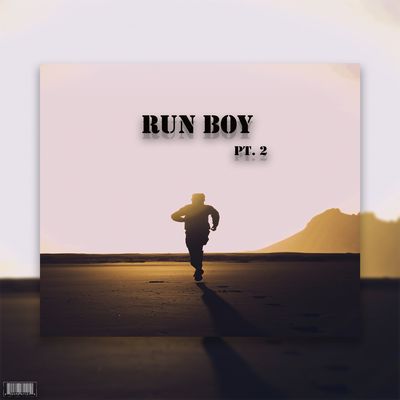 With a fan base that gets larger with each and every release, ‘Not Now Norman’ is quickly building the kind of reputation that every successful band wishes to cultivate. With so much quality music in their catalogue, it is no surprise how striking their newest release is. ‘Run Boy Pt. 2’ is a perfect afternote to their previously released ‘Run Boy.’ It adds a fresh take on a song that was already impressive to begin with.

With this reimagining of the previously released ‘Run Boy,’ ‘Not Now Norman’ showcases their ability to come at a song from a completely different angle and reinterpret it to fantastic results. This single has the same hard rock sound as the original with a slick, trap beat that ushers the song along with a catchiness that is irrefutable and irresistible. The melody of the song is absolutely haunting. Taylor Grace’s vocals are just as beautiful this time around and Victoria Owsnett’s vocals add nuance to the track add layers to the song’s mood. The bond these two ladies share is deep, which is totally felt throughout this track. Their ability to come together after weathering abuse from the same man to make such an unbelievable track is a testament to their bravery and talent.

‘Run Boy Pt.2’ is a fantastic single that I hope leads to more singles and maybe a full-length album from ‘Not Now Norman.’ This band is so good, that I will settle for an EP.