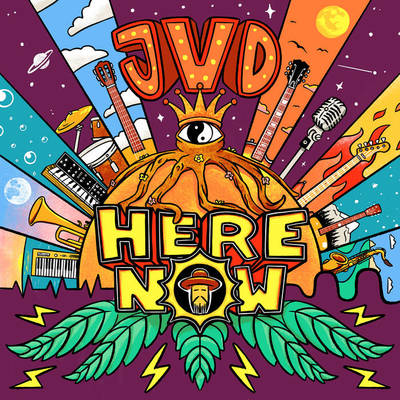 Here Now is a new album released by Los Angeles based artist Joel Van Dijk. Joel is a multitalented guitarist, singer, songwriter, and producer who has toured with Aloe Blacc and is a part of the band Mystical Joyride. After 2020, Joel Van Dijk wanted to write feel good music and uplift himself and others after a rough year. Here Now is an R&B album that old school R&B listeners will definitely appreciate. Between Joel’s soulful voice and the elements of funk throughout the album, Here Now is an energizing R&B album that will keep you entertained. Joel wanted this album to be for the people. There’s a song for everyone on Here Now. Make sure to check out two of the singles ‘Here Now’ and ‘Power of the Fusion.’