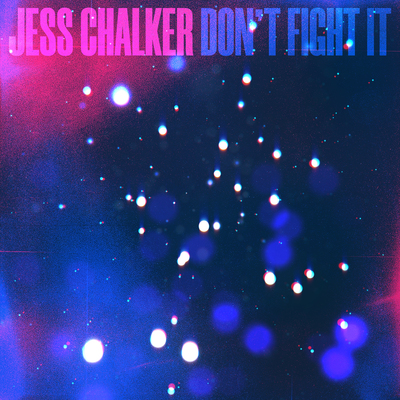 Australian-in-London singer-songwriter and performer Jess Chalker has already earned her ‘musical stripes’ as part of Australian new-wave duo, We Are The Brave and has worked with a plethora of respected musicians and producers across the globe. Not only that, she was a part of the Grammy-winning team that co-wrote Lisa Loeb’s lead single on her kids record “Feel What U Feel” and, in more recent times, composed the track “Darkest Hour” for the Amazon Original show Panic, performed by Tate McRae. So, frankly with all of the above being pretty amazing to start off with, where does she go from here? The direction is clear: Jess is boldly going it alone as an artist in her own right. New single “Don’t Fight It” is from her forthcoming album “Hemispheres”, coming early November, and the track can be found across all the usual platforms.

With the background Jess Chalker has you know from the outset that the track will be composed in a masterful way. Indeed, “Don’t Fight It” is skilfully multi-layered in construction with interwoven synthy punches and an electro heartbeat that paces the track beautifully. It exudes retro vibes in both form and content - ruminating on the eternal dichotomy of ‘slings and arrows’ alongside the odd sweetness of life, underscored by the old skool 64-bit graphics in the video which playfully and hypnotically accompany the track.

Her vocals are gorgeously smooth, soaring through the melody and unifying all the other musical elements. The song is lyrically luscious with the ‘dont fight it' hook making you shrug your shoulders about the ‘bad stuff’ but somehow simultaneously lifting you out of your ‘funk’ as well. The lyrics are illustrative of life being a double-edged sword: good and bad, yin and yang. It is both ‘realistic’ and yet ‘fatalistic’ in theme whereby she acknowledges she is unable to hold back the events happening to her and instead simply rolls with them. Those of us who have been round the block a couple of times can attest that perhaps this is the best thing to do. Sometimes when life’s challenges spiral out of our personal control, rolling with the punches til the end often allows space to reflect or change direction in life.

Seriously, after many plays, this track emerges as a bit of an enigma: “Don’t Fight It” is one of those rare tracks that manage to be both sad AND uplifting, classic yet contemporary : it wouldn’t be out of place on a classic Stevie Nicks album or perhaps the latest one from Bat for Lashes. It is sweet and sour, radio friendly yet unique, relatable but fresh - I could go on…. How Jess Chalker manages that musical tightrope isn’t clear, but it shows a skill and prowess that a good many of her contemporaries could learn from. I’d be very interested indeed to hear the new album when it lands in November. Recommend.