Du'val Makes A Bold Introduction With His Debut EP 'Moments' 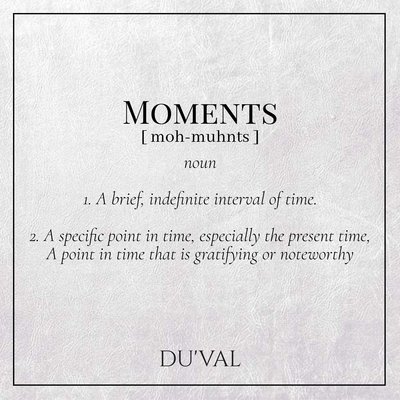 Seemingly arriving out of nowhere in recent months, emerging Reading-based singer and songwriter Du'val is already making some serious waves as he delivers his fresh and vibrant debut EP 'Moments', a release that cements him as one of the most exciting new names rising right now.

His new three-track collection looks to highlight a diverse array of influences he is claiming for himself. While the opening title-track sees him channel a broad and atmospheric RnB-inspired direction, he still manages to show off some impressive bars as he launches into a stellar rap verse, brimming with energetic flow.

From there we move onto 'Worthy', a track that sees him dabble in a garage vibe, marking itself as the more upbeat offering on his latest release. Yet despite its clear sonic distance from the opening number, he still commands your presence and doubles down on the emotional intensity we heard on the previous cut.

The EP closes on 'Orchid', a more romantic edge than what we were expecting. With a more traditional approach to RnB this time around, Du'val settles into this new guise with unstoppable finesse and creates a heartwarming finale.

Despite such an eclectic sound on 'Moments', it is his voice that makes this new release work so well. He has this positive charisma to his vocal performance, something that is able to melt into almost any sound he chooses, giving him almost infinite choices in where to take his direction next.