Ratinoff`'s Let It Out Is Smooth Retro Angst 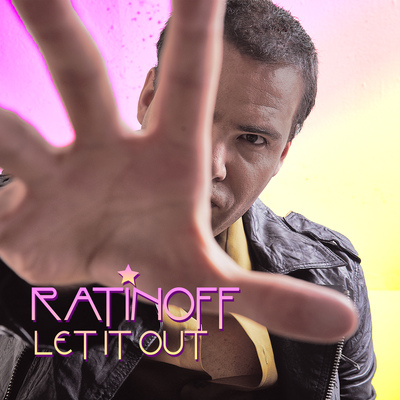 Northern California-based retro rock-inspired singer and songwriter Ratinoff released his self-titled debut EP when most of the world went into stay-at-home orders due to the Covid-19 Pandemic. With touring off the table for artists around the globe, Ratinoff, like many, used the time to write and record new material.

A sign of the coronavirus times we live in, the new set of songs emerged with much more angst than his 2020 debut 80's rock-inspired EP. Ratinoff (born Joaquin Torres) is a former pop singer who changed his name and musical style with a much darker synth-pop-rock on his new album Let it Out.

With a sound that pays homage to Billy Idol, New Order, and Joy Division, the first three songs and videos released from Let It Out bring an immediately noticeable intensity.

Emotionally charged from beginning to end, let's focus on some of the standout tracks. "Light Me Up" packs a punch and features synth landscapes and bellowing rock vocals. The nostalgic Cure and The Smiths-inspired "Take Me Away" features rapid-fire guitar strumming and bombastic bass lines. While “Another Day” is a driving piece of pop-rock dances grooves. Elsewhere if you are looking for an arena rock anthem turn "I Just Wanna Rock” up to 11 and sing along.

Ratinoff's debut LP is melody-driven pop with a dark edge. The album was produced by Grammy-nominated producer Wes Sharon (Parker Millsap, Turnpike Troubadours). Check out Youtube to see the innovative videos directed by Jen Rosenstein that accompany the release.