Kingdumb Gets Fruitful With New EP 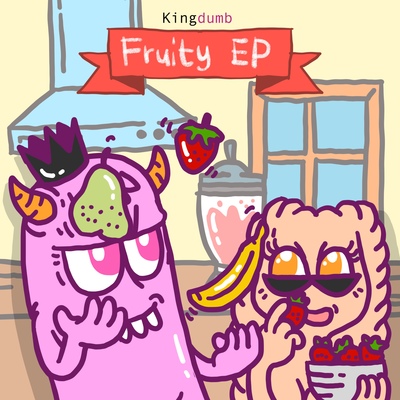 Kingdumb, the electronic music producer and performer, has released his new EP, 'Fruity.' The four-track EP combines electronic, pop, and hip hop music. Many distinct flavours ooze from the combination, and it adds a new zing to the existing scenario.

From the first track, 'Fruity,' Kingdumb stands out in the underground electronic scene, and the infectious drum rhythm and mind-blowing hooks make a lasting impression. He doesn't mess around with his straightforward approach to music, and his vision unfolds as the tune progresses.

It leads us onto 'Architect'. Here Kingdumb stays faithful to previous compositions he has put together. But, cleverly, the producer introduces a variety of new elements which bring a unique character to the vanguard. A trap flow and a synth rattle around the mix, causing the speakers to cry out for saviour!

His vocals are wonderful, even though he is a producer by trade. He sings with a firm tone that solidifies the hook. So much so that once you get a grip of the melody, it's challenging to let go. Also, unlike many of the musicians in this game, he takes an optimistic and unusual approach to singing.

All of the tunes, including 'Mad At The Craft,' follow a similar structure. They begin predictably, with the tempo swiftly increasing and goods appearing in rapid succession. However, each one contributes to the EP in its own way.