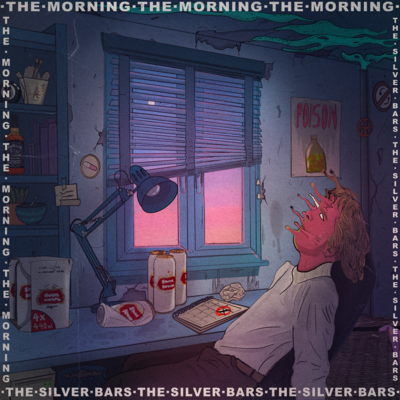 Cumbria-based Indie-Rock band The Silver Bars are back with their latest single ‘The Morning’. Produced by Neil D. Kennedy (Boston Manor, Creeper) the track blends Merseybeat with indie-rock to create a cheerful sound unique to ‘The Silver Bars’.

On the surface ‘The Morning’ is an uplifting track that features bright melodies, bouncing guitars, and twinkling keys all set against a Beatles-esque teenybopper chord sequence. Scratch beneath the surface and you’ll find the lyrics filled with the paranoia and dread you experience after a night of overconsumption. These dark themes seep into the track throughout. Almost mimicking the Sunday after a heavy night out, from waking up heavy-headed to thinking you’re fine only for the existential dread to kick in once more like a cruel joke. The band perfectly encapsulates this feeling with artistic irony.

The track follows on from their debut EP ‘No Luxuries’ along with two other singles that have awarded ‘The Silver Bars’ a loyal and growing fanbase. Since their inception in late 2019 in Barrow in Furness, the band continues to push the boundaries of their sound, The Morning is a culmination of that, mixing Merseybeat with their more current indie-oriented ideas.