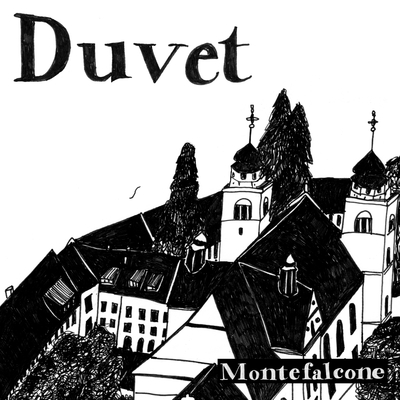 With the debut of 'Duvet,' Montefaclone is back on top. It's a release that seizes your attention and is unforgivably powerful, with plenty of standout sections.

The work is engaging for all the right reasons. Also, it contributes to a soundscape that some of the greats have been delivering for quite some time. It moves forward soothingly, and it's difficult not to feel at rest when listening to Montefalcone's gorgeous arrangement and instrumentation.

The music begins with a piercing piano melody that welcomes us with open arms. It has a pleasant warmth to it that is impossible to fault. It also persuades the listener to move forward with the piece before an orchestrated melody emerges, with the sound gaining momentum. The track moves us from one state to the next, starting with a calm portion before launching into a violin section with the instrument blasting through in an omnipotent way.

The arrangement demonstrates Montefalcone's ability to use music to tell a compelling storey. We hear a lot of distinct sounds and styles, which convinces us that he is a composer worthy of being on the same pedestal as the other greats.

Overall, 'Duvet' has a strong emotional impact and immediately immerses us in an adventure. It stands out, yet it also draws inspiration from Montefalcone's forefathers. Additionally, Montefalcone's songwriting style is intriguing, and it will be great to hear what else he releases in the months and years ahead.