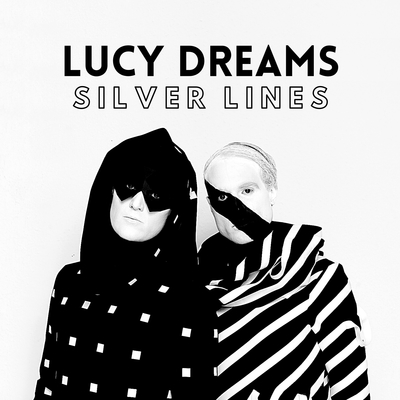 Pop trio Lucy Dreams are back with ‘Silver Lines’. The track was produced by the band and Lukas Klement. Hailing from Vienna the three-piece consists of David Reiterer and Philipp Prückl along with Lucy. Lucy can be described as an A.I.(artificial intelligence) however, as the band’s name-sake the connection between her and the two human members runs deep, giving her the more apt title A.B (artificial band member). Lucy is a system of independent thought, balancing analogue and digital effects, which David and Philip developed specifically for music production. Lucy Dreams challenges the notion of whether machine-aided music can connect with the listener in a meaningful way.

‘Silver Lines’ explores this further, describing the silver line between reality and beyond. Everybody has a silver line, as not everything is black and white. Whether that be between our conscious and unconscious thoughts or our varied perceptions of reality. For Lucy Dreams, Lucy is that silver line not quite human but also not a thoughtless machine as she has the ability to connect with people on an emotional level through music.

The music follows these themes, a futuristic track with a dreamy electro soundscape, 80’s inspired synths, and a nostalgic production that doesn’t sound out of place in today's world. There’s no question that the striking visuals elevate the track further adding another dimension to this interesting project.