Da Major Steps Into His Future With "Vision" 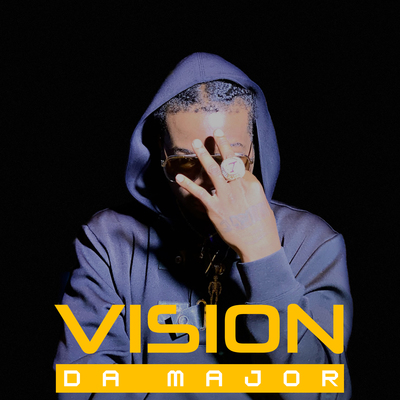 Da Major is an American rapper, singer, and songwriter hailing from South Carolina and currently making a name for himself in NYC. On “Vision” he integrates a wide range of stylistic influences: R&B instrumentation, dreamy beats, and rapid-fire rap and into a bold blend with the dynamics and diversity of a one-man music festival. Da Major speaks candidly in the lyrics, making an emotional connection with relatable confessions.

Da Major has been levelling up one step at a time since his childhood in South Carolina where he began working on music at an early age. His creativity was inspired and nurtured not only by his support system of friends and family but also by his desire to create a better life for those around him.

Inspired musically by the likes of Michael Jackson, Notorious B.I.G, and 2Pac to name a few, Da Major pays homage to his influences while crafting a style of his own. He has collaborated with like-minded artists such as Velli, Blue Hefner, B-Ice, Rich Reek, Joe Dinero, and Kngsol, and he introduced his debut track “Foolery” in 2019, followed by his album debut The Real Me in 2020.

"Vision" is only part of the journey and message. Look for Da Major to release a series of songs and videos throughout 2022.