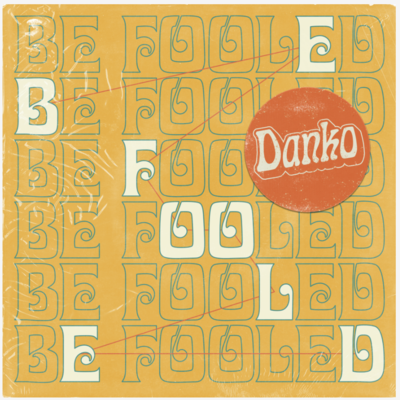 Danko's new single ‘Be Fooled’ is out now. The Scottish four-piece forge an electrifying fusion of Americana rock ‘n’ roll and soulful country blues that vividly constructs a panoramic wall of sound that is entirely their own.

With its mellow groove, brass soaked chorus and pleading vocals, the follow up to debut single ‘Rattlesnake’, ‘Be Fooled’ draws its influences from the likes of Kings of Leon, Alabama Shakes and Wilco. It’s a song about “carving your own path, rather than just bending to fit in,” explains singer/guitarist Lewis White.

But as rousing as they are on record, the true power of Danko can more forcibly be felt in their incendiary live shows.

The video for ‘Be Fooled’ sees Danko harking back to the days of the classic 70s roller disco, once known as the ‘nightclub on wheels’. Breaking in and performing the single in the middle of the rink, all while the security guard snoozes in his office.

Danko represent the immortal quest for betterment, their passions shining through for all to bask in. Small town boys with big time dreams.