The Five Most Promising Bands From Latitude 2014 - Part 2 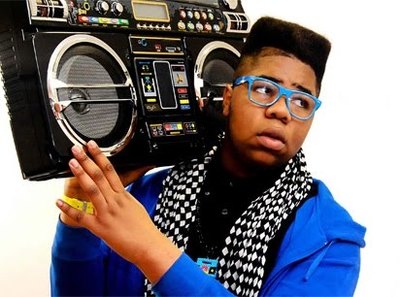 Following on from yesterday's installment, Jess Dawson continues her picks of the 5 most promising acts from this years Latitude festival. 
At 19 years old, MNEK has done a fair bit to put on the CV. A Grammy-nominated singer-songwriter and record producer, he’s written and produced tracks for artists like Clean Bandit, Duke Dumont, Rudimental and Little Mix and has sung on Gorgon City’s ‘Ready for Your Love’.


19 year olds -up and down the country will be hissing with envy and mourning that their achievements include getting pissed at 11am and stuffing twenty two marshmallows in their mouth. Despite his pretty impressive credentials though, MNEK seems like a pretty chilled, cheeky teenager fitted in a snazzy patterned one-suit. Complete with two sassy female vocalists and a band, MNEK has nailed the dance-pop vibe with one hit on the hammer – within 10 seconds of ‘Every Little Word’, his opening track, you’re transported to some kind of multi-coloured, sun-soaked land of pop with slices of funk and an insistent house beat.


You forgot that, despite consistent storm warnings, rain that insisted on joining the party and humidity so hot you’re a constant glistening sheen of sweat, for the moment things are pretty perfect. He’s got a power to command happiness from each member of the crowd with a raise in octave as he sings in his silky smooth voice that runs through each song in a syrupy sweet cascade, mixing in all kinds of house, club, RnB and pop flavours. Is it too much to say MNEK was my favourite upcoming artist on this list?


After waking up to the sound of violent vomiting on Sunday at 7 in the morning, other noises wafted through the thin polyester exterior of my tent – the name of George Ezra. Seemingly doing an appearing act, George bounced into 2014, drenching the UK with his refreshingly new, feel-good track ‘Budapest’. Since then he’s been on the tongue of every radio presenter, every blogger and music fan across the country with such momentum that George has continued to propel himself forward at astonishing speed.


The fact that he’s popped out of the hat like a magician’s rabbit doesn’t mean he’s done just that, however. From a young teenager he played numerous gigs in Bristol, bouncing from pub to pub after he found that, one morning, he could actually sing if he used his voice a different way. And now, darting up and down the country in a swanky new tour bus, the 21 year old is finding fame for the first time.


An hour before his set, teenagers started filtering into the 6 Music tent in a constant stream of new, eager fans. Ten minutes before his set began, an early start at 2.50pm, the crowd were under some illusion that he was already on stage by the sound of their woos, cheers and screams. When the man himself strolls on stage beaming like a Cheshire cat, the crowd are pretty bloody happy. Charming the crowds into the his dizzying, enthralling vocals, George Ezra is perfect for festivals – his poetic, endearing lyrics with the folk turned pop sound made for a breezy, cheery forty five minutes which couldn't have sealed his hyped status into true potential better.


When I was nine years old, all I wanted to do was to be Avril Lavigne. The urge to be in a band was so great that at 15 I was in a band called ‘What About Joe?’ (because Joe, our drummer, never turned up to rehearsals). So imagine my all-consuming envy when I see Elli Ingram and her six-man band having the time of their lives performing on the Lake Stage at Latitude.


Made up of a saxophonist, a guitarist, bassist, drummer and two vivacious female backing vocalists, Elli Ingram could possibly have the happiest band I’ve seen live. Continuously glancing at each other with massive smiles and woo-ing after each of their songs, you can tell that Elli Ingram and co love what they do. And when it comes to performances, every element of their presence is embellished with this lovely happiness giving each song a sunny, warm glow.


This reflects the nature of her songs perfectly – the jazzy, soulful sound mixed with a voice that has been described as ‘Amy Winehouse on weed’ makes your hips shake all 60's style. The Brighton lass was quiet and softly spoken, smiling with wide eyes as she thanked the crowd – only for her to belt out a voice that couldn’t contradict this more.


Though the crowd started small, it quickly swelled as people walked past and heard a sound so unique it was worth stopping. ‘When It Was Dark’, a powerful, sassy song with cinematic fringing, roped in a considerable amount. People intrigued by such a solid sound coming from a small stage. This gal, with her ability to slap a fresh paint on an otherwise dusty, moth-eaten genre of jazz, is going to entrance more than just a crowd at Latitude very soon.