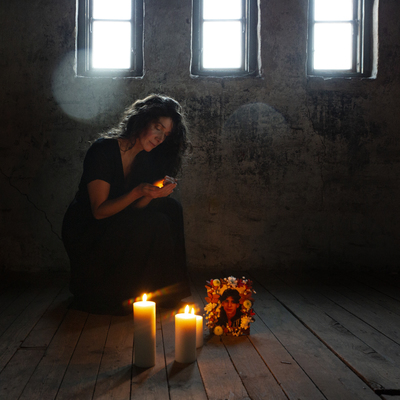 Sweden is no stranger to mesmerising pop singers, but they have never sounded as potent as Victoria Moralez. So much so, Victoria is flying the flag for her homeland. Also, her new track shouts allure from the second it begins.

'Colored Transmission Waves' is a track that pierces its way through with charm. It has a bold pop direction but often stays well away from the contemporary sound we are all too familiar with hearing. Also, it is hard to find a definite similarity here on this piece, and it proves the singer's ability to churn out a hit that sticks out from the crowd.

It kicks off with a tapping drum beat that kick lingers for most of the track, and although it does not rise into anything hugely memorable, it does provide the record with the foundation it requires. A lead vocal from Victoria also accompanies the intro, and a variety of sounds pop out as the song progresses. Vocally, Victoria gets underway in flying form. She sings with a soft style, and her vocals often sit deep in the mix, with her triumphantly breathing through her melodies. It is intelligent because although the vocals are not in your face as you would expect from a pop hit, they still provide heaps of power, and the energy flows from every note.

The chorus is empowering. It bonds Victoria's message even more potently, and she sings about loneliness and wishing to head home. We have all encountered that at some point in our lifetime. Therefore, many will resonate well with the singer's message.