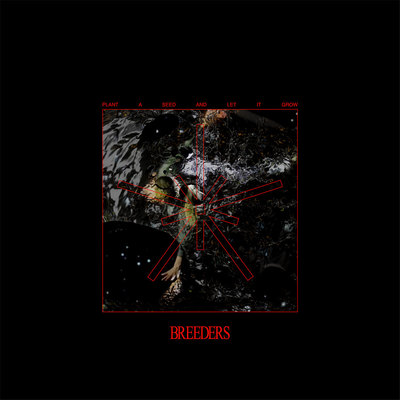 Intrigued by their previous single I Like You and its tale of interstellar goings on, I was pleased to see the ever mysterious Nrvs are back with a further dose of sci-fi wonderment. This time an amoeba like wodge of electronica crawls out the speakers as an astronaut tumbles through the vacuum of space and into a black hole.

With elements of psychedelic royalty Pink Floyd in both Ten Pence’s vocal delivery and the sonic landscape itself, Breeders slowly draws you in with its astral Wizard of Oz style lyrical performance - seemingly questioning the validity of human reproduction after the mess that previous generations have left behind.

Still no more enlightened as to the identities behind Nrvs, they seem intent on delivering a message of doubt and suspicion towards humans’ occupancy of the planet.

Breeders is described as an industrial psych ballad by some, but looking back through the band’s previous releases there are touches of Slaves, Ist Ist, Twilight Sad, The Chats & Black Flag in their sound. However, the overarching element in all of their material is the emphatic derision of human activity and the resulting dystopia.

As the world collectively navigates its way through a pandemic that sometimes resembles a sci-fi film plot, comes to terms with an inconclusive COP26 result and people are glueing themselves to the motorway in the name of climate change, perhaps the anarchic drive behind Nrvs and other bands in the agitprop arena is a necessary cultural response - hmmm… plant a seed and let it grow!