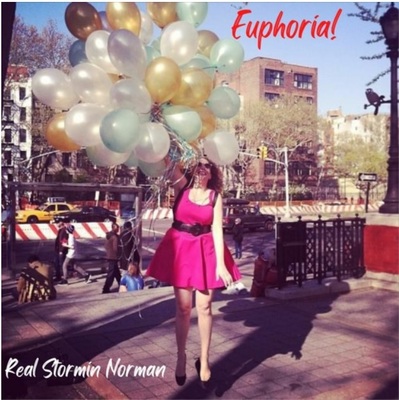 The newest album from Real Stormin Norman (Norm Zamcheck) entitled 'Euphoria' is a beautiful compilation of songs of life. Dedicated to his love for music and talent for songwriting, 'Euphoria' is a 6 song jazz, blues, and soft rock album that is sure to get you up on your feet and moving as much as soaking in the meaningful lyrics.

The songs give a Michael Bublé meets Wayne Newton style with a Frank Zappa and New Orleans feeling. They are as follows:

"Both Sides Against the Middle"
This song is about how people oscillate between issues rather than taking a firm stance.

"Queen of the Rosebuds"
This song is about a run down windmill on the Atlantic Coast that's been restored into something new.

"Butterflies"
This most inspired and powerful song is about infatuation, adoration, passion, and love.

"Spring in New Orleans"
This song is an ode to the great city of New Orleans and an homage to the jazz music that's come from it.

"Everything is Turning (on the Wings of Love)"
This song is about the exact moment that Norm feel in love with his wife.

Be sure to check out Real Stormin Norman's new album. You won't be disappointed in this jazzy and bluesy masterpiece.