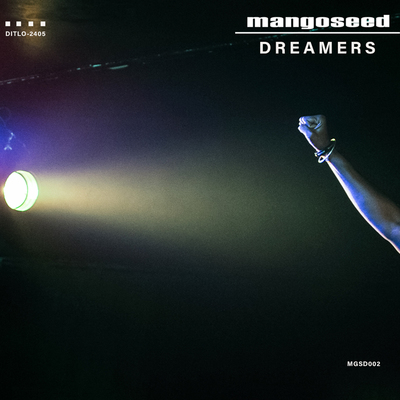 Every now and again there will be that one record that shouts higher and louder than the thousands that rush through the promo doors. Something that genuinely hooks, that strives to innovate, that is actively seeking to destroy all traces of complacency and repetition; enter ‘Dreamers’ from the wizards at Mangoseed. It may have flown idly by, kicking and screaming beneath the radar, of many in the music world for its original 2021 release but that’s no reason to give it the cold shoulder. A dramatic explosion of multicultural expressions of protest, Dreamers is a soundtrack to poignant message that still knows how to have fun.

Across 11 tracks the band comes armed with metric tonnes of variety. However, with a sound that reaches across the cultural borders of Jamaica, Trinidad and even Ireland to name a few, this kaleidoscopic display – replete with rock-driven bangers like ‘Empire’ or the lucid imaginations of the title track - can only be expected of such a talented quartet. The record highlight - choosing which may as well be akin to Sophie’s choice - comes in the form of ‘Alternative Facts’.

In just three and a half minutes the band makes a great case for the novelty of combining elements of ska, rock, punk and jungle into an eclectic smorgasbord worthy of lauding. This comes packed with reggae style hooks to keep the heads bobbing but also serves up a bitter political undertone when the lines are read between which is well complimented by the generous helping of bass lines and electronic glitching and screeches. But for some it will be the poignancy that accompanies the sharp political undertones that do the track’s heavy lifting. Frontman Nicholai La Barrie has no issue with blending his hypnotically smooth deliveries with piercing blows against the social zeitgeist; he does not mince words and nor should he do so.

This is a concept that stretches out beyond the three and a half minute boundaries that the song finds itself between and into the greater picture of Dreamers’ 11 tracks. An indelible message from an unequally unforgettable band. With this level of maturity, explicit amongst the band’s lyricism and deft ear for songwriting, ‘Dreamers’ deserves to be played loud and proud by all; so grab your speakers and turn them to 11.