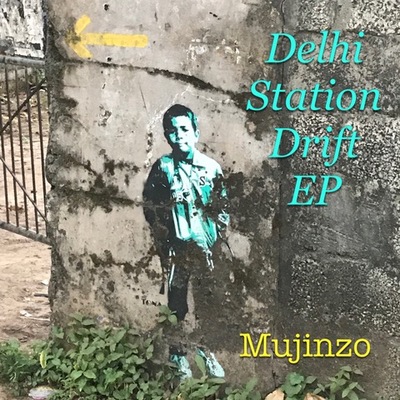 Mujinzo delivers the goods with his new song, 'Delhi Station Drift', from his recent EP of the same title. Here, the Australian-based producer and songwriter open the door to a new reality with a sound texture that will serve as an antidote to many ears in the next year.

The EP contains five tracks, and all of them stand out for the right reasons, but the highlight is the self-titled 'Delhi Station Drift'. It is a unique piece of music. Mujinzo, on the other hand, does not repeat anything that has gone before him. Instead, he takes his own path, giving the vanguard a modern feel while also hinting at sounds from the world. The experience is refreshing, and it leaves an impression on the mind unlike any other music now emanating from the underground scene.

'Delhi Station Drift' begins with a crackling vocal sample, which guides the way ahead despite it being unclear what they are saying. Then a synth appears, creating a steady cadence that quickly blends in with an infectious syncopated backbeat. The overture features a slew of elements rising from the compound, which continues for the most part until the midsection.

Mujinzo adds an oriental dimension to the front of the speakers halfway through 'Delhi Station Drift,' and the distinctive sound draws us even deeper into the thrilling mix. The tune then returns to the opening section's arrangement, and as it concludes, we're left yearning to push replay for another dose of the splendid 'Delhi Station Drift.'