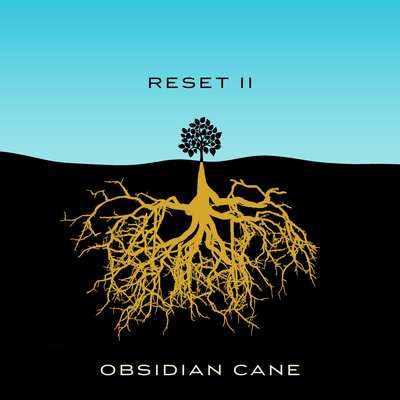 In the midst of unprecedented times brought by Covid-19 pandemic back in March 2020, London producer OBSIDIAN CANE was about to throw in the towel as the uncertainty of the music industry took its toll; with clubs and music festivals shutting down one by one. As he was about to turn his back on the music industry for good, his manager gave him one piece of valuable advice and that was to: keep releasing music. After all, people will be listening to music more than ever, now they were effectively in complete isolation. Following the advice of his manager, Obsidian produced a collection of music and his debut EP Reset was born.

Released in August 2020, Reset EP signifies the rebirth of his musical direction under a new alias. Obsidian Cane scored a club hit, ‘I Need a Rhythm’ as UKG duo KP with fellow acclaimed producer Paul Benjamin. He also produced music for BBC1, BBC2, amongst others. As his new direction as an independent goes from strength to strength, Obsidian released his second EP Reset II, where he called upon three promising upcoming singers/songwriters who are holding their own in London’s music scene: Joy Ami, Ferraz and Stacey Pierre – all of which their featured tracks signifies the EP theme of regrowth.

Joy Ami’s ‘Mr. Creep’ and Ferraz’s ‘Shine’ both tell the story of breaking away from the overbearing and controlling partner, feeling completely freeing themselves from the language that was set upon them, thus feeling renewed. Stacey Pierre concludes the mini project with a different perspective of renewal with ‘Secret Place’: the message of this single is that it’s OK to step into your personal to regained your yourself in order to fight another day.

Sonically, the EP possesses that familiar sound of UKG, that’ll be most welcomed to the nostalgics of the 90s version of the genre, while simultaneously sitting well with the younger generation thanks to its fresh spin.

Released on Christmas Eve, ‘Reset’ II EP was perfectly timed for release into the new year, as subconsciously it provokes all of us to release ourselves from all the luggage that’s weighting us down and look forward to be a better (and revitalised) version of ourselves.

To listen on Spotify:
https://open.spotify.com/album/6ShGYnr7JG3Xx50HQm2Esm