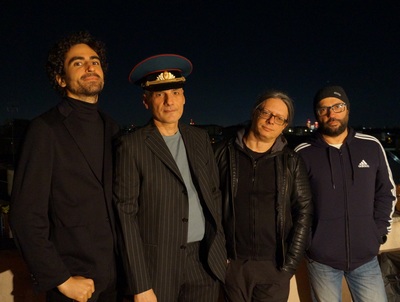 Artic Baba, the Italian pop-rock band, is making tremendous strides forward with their new release, 'Mr. Crazy.' The new single from the group is out now, and it is the ideal riff-rock gem that will knock you off your chair!

The track gets underway as it means to go on, and the energy levels hit an all-time high. The cadence that the music creates is constantly enticing, and you'll have a hard time keeping your hips from jiving to the infectious rhythm of the drums. Also, the guitar rips through the speakers with a bite in the opener, proving that rock and roll is still alive and well!

As the track progresses, we hear many different sounds that emerge and add to the already enthralling adventure. The music penetrates a new space around the closing stages, and the structure alters slightly, keeping us captivated by the speakers! The vocals also fly to the top of the mix with distinction! The vocalist takes cues from the most exquisite pop and rock vocalists in the game, but he manages to add his own unique flavour to the performance, making the single stand out for all the right reasons.

Crazy' is a gem that gets better every time it comes on! It's intriguing for the entirety, and the journey is refreshingly new while simultaneously tapping into a sound laid down previously by others!