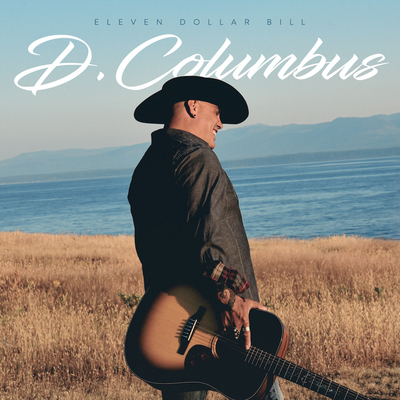 D. Columbus has been active in the music industry for over 30 years. Notable for his versatility, the self-taught multi-instrumentalist — who is a seasoned guitar player, bassist, backing vocalist, singer, live sound engineer, and music producer — has taken part in fourteen studio albums, earning recognition from the Maple Blues Awards and more.

Best known for his collaborations, it’s D. Columbus’ turn to debut his own solo album, demonstrating a mastery of writing catchy feel-good songs that speak to the heart and bring people together. Produced with Angel Forrest and Ricky Paquette, 11 Dollar Bill is a stompin’ good time. Spirited and fun, the track “Saddle Me Up” conjures a euphoric feeling.

Sensitive yet powerful, D. Columbus has an impressive vocal range. While surrounding his precise yet gravelly voice with full orchestrations that combine guitars, bass, drum, keys, fiddle, and pedal steel, he unveils honest country-pop music — there’s an emotional rawness to it and that’s what makes it so real.