The Heavy North Will Appeal To All Points Of The Compass 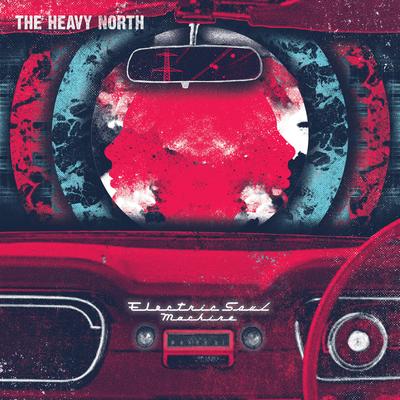 The Heavy North are a Liverpool based blues and rock band who have already attracted a lot of attention from indie music champions like Robert Carlyle and have received airplay on BBC Radio 6 and Radio X. That attention is about to go mainstream as they release their debut album entitled Electric Soul Machine. The six-piece group features Kenny Stuart on vocals, Jose Ibanez, a guitarist who doubled up as producer on this record, Jack Birch, also on guitar, bassist Andrew Horrocks, Ste Penn on keyboards and the drummer Mark Rice.

The opening track The Genie is a crunching piece of blues which shows off Kenny Stuart’s incredible power and demonstrates the incredible tightness of their playing style. Darkness in your Eyes is a head down rock number that explodes out of the speakers sounding like early Whitesnake built around the guitars of Ibanez and Birch who display all their virtuosity as they encourage each other to greater heights. She Gets Me Higher starts off as a mellower piece of blues that has great bass work from Horrocks, a subtly excellent piece of drumming from Rice that anchors the track and propels it forward and earthy vocals from Stuart that are timeless and brilliant. Awake has a jazzier feel at the start and allows Stuart to demonstrate his smoothness and Penn to show off his style on the keyboards as he underpins the track with power and verve. No Good starts off with a reggae type feel that instantly makes the listener sit up and take notice. Stuart has great fun playing off the sound of Ibanez and Birch’s guitars and showing his vocal range with this different style.

Satisfy You starts the second half of the album off with a track that is my favourite on the album. A rock classic in the making it shows that The Heavy North can ramp up the sound without losing the style. This will definitely be a massive live track that fans will love, and non-fans will be converted by. Better Change has a Dire Straits style guitar opening and once again gives the listener a blast of the blues. It is a stunning piece of music that keeps up the standard of Satisfy You as the album really picks up speed. To The Wind I Go has a harmonica start and a drum beat that reminds me of early The Alarm tracks, together with vocals that call to mind Jagger at his earthiest, and it shows yet another side of this band who seem to have arrived on the scene fully formed. Falling Down on You is the penultimate track, and it oozes quality and timelessness. It’s a track that could have been laid down at any time in the past six decades, but it has something that makes it completely up to date. It is that alchemy that the very best groups can produce and make no mistake, The Heavy North are really one of the very best groups you can hear. The final track, As Long As You’re Here With Me mixes things up with 60s style soul that could have come straight from Philadelphia. It is a final demonstration of The Heavy North’s virtuosity and range and really fixes this album as one of the best debuts I have heard in years.