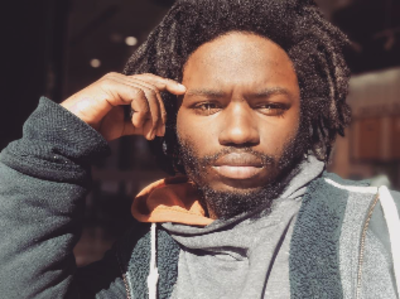 AboGod's new single, 'Chosen,' draws into spirituality and religion and presents a strong narrative from the first second; it has us hooked.

The US breakout artist is in top form vocally, greeting us with a powerful traditional vocal performance. He speaks with conviction and enthusiasm, and his tone is motivating. Also, the singer's style changes frequently; one minute, we hear him singing, and the next, we hear him dropping bars like there's no tomorrow.

AboGod exudes positivity, and his strong sense of ambition shines through in the production for all to see when it comes to his beliefs. AboGod doesn't mince words and says it like it is. He is not creating or dramatising his views with his sincerity honestly on display. You can see he uses music to vent his mindset, and his method is what makes his music so universally appealing to a wide range of listeners.

However, the structure is nonexclusive, and it would be nice to hear more variety in spots. Nevertheless, although we hear many hip hop names deliver in a similar style, it's not often that a tune comes with a narrative that leaves as big of an effect as this one.

Overall, 'Chosen' is a track that many will find hugely prevalent in the times we are living through currently. Also, AboGod's ability to reach a large number of listeners will drive him even further forward in the upcoming months and years. However, is this enough to send him to new heights? Only time will tell.