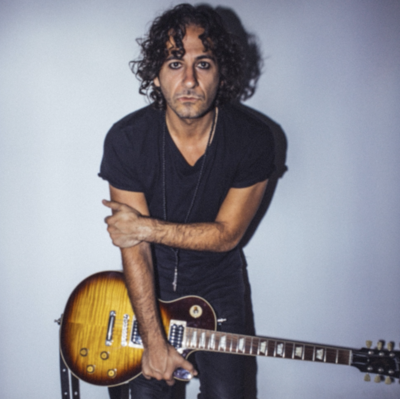 Pop Rocker Grave Jones is about to release his latest offering ‘Lies’ and alongside its titillating new video, this single is not one to be missed!

The single immediately invites the listener to immerse in a compelling sound as it encapsulates all the characteristics of a pop-rock song with harder rock influences as Grave weaves a melodic texture that perfectly meshes with the arrangement with frustration and passion flowing into the vocal delivery.

The release also shows off Grave’s rock DNA in its subject matter and despite its unconventional and inventive approach, the single touches on the kind of lyrical themes I’ve come to expect from an artist of this nature. Especially as Lies was written and produced against the backdrop of political turmoil and humanitarian crisis in Lebanon.

The single is the third in a series to be released from Grave’s upcoming album Heartrage Hotel. The LP will be the first full-length record for Grave Jones under his current moniker but marks a long-awaited return to music for the artist.

Under real name Rabih Salloum, he fronted the acclaimed indie sleaze electropop band Slutterhouse, with whom he shared the stage with acts like The Klaxons and Sleigh Bells and had sync deals across MTV 2 and EA Sports.

Lies will be available across all platforms later this month with previous singles Heaven Only Knows and Smithereens available everywhere now.