Along For The Ride

Read more
REVIEW album Aynsley Lister Along For The Ride 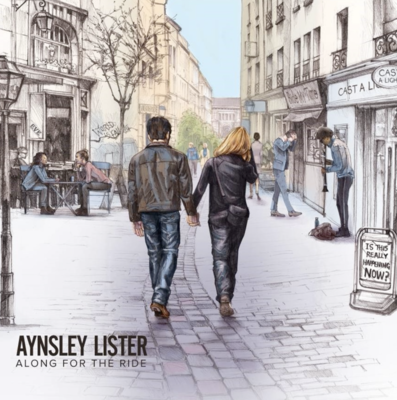 Along For The Ride

Today’s great new album is coming from the weapon of the music industry Aynsley Lister . This Legendary singer-songwriter/guitarist Aynsley Lister is releasing his 6th studio album Along For The Ride.

Along For The Ride is being released under the label Straight Talkin’ Records Ltd which he co-founded with his wife, Stephanie. Along For The Ride’s lead single ‘Made Up My Mind’ introduces audiences to the world of the album with exactly this message. A rawness of the songwriting mixes with Lister’s mastery of his craft, all driven by his emotive vocals and wailing guitar.

Reminiscent of legends such as Jack White and Eric Clapton it’s clear that Aynsley Lister is well on the way to gaining this kind of notoriety, with his impressive lyricism and impressive back catalogue.

Lister has built his reputation as an incredible live performer, opening for such legendary acts as Jools Holland, John Mayall, Robert Cray, Buddy Guy, and ZZ Top, before becoming one in his own right. Aynsley’s performance at the Jools Holland’s shows were so electrifying it sparked the sound engineer to scream at him to turn it down. Some 25 years later and the moment has become legend in the fan favourite track Soundman that audiences still rave for!