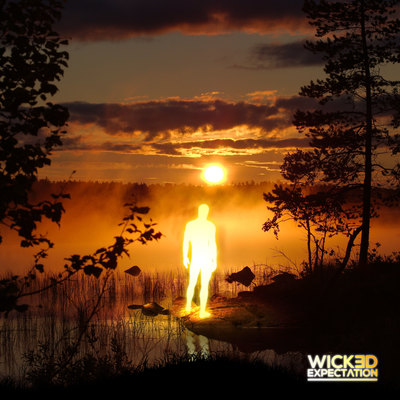 Wicked Expectation, a synth-pop band hailing from Turin in Italy, have released a new track 'Moving Clockwise', which adds even more panache to their already tremendous backlog. The band have been flourishing in recent years with singles such as 'Those Feelings' and 'Echoes', but this one sounds much more profound and has a narrative that is difficult to ignore!

'Moving Clockwise' has a basement-filling atmosphere that blends electronic and pop music, and the many different elements that emerge have me adhering to its every step. The kick drum has the majority of its high-end chopped off, and as a result, it generates a low-pitched cadence on top of which the bass and the synths place themselves. The arrangement of the instruments takes me on a journey, but then it seems to circle back around to where it began. It appears to be a reflection of the song's interpretation.

The vocalist Andrea Vassallo possesses a one-of-a-kind singing ability that is hard to compare to many other singers in this area. Even though he is not overly upfront in the mix, which focuses a lot on the music at times, he stands out for the right reasons and does so in a noticeable way. He expresses himself with lots of emotion as he talks about the sequence of events, and the flow of water, according to the video. It is a message that is relevant to the times in which we are living when concerns about the state of the environment are at the forefront of many people's minds.