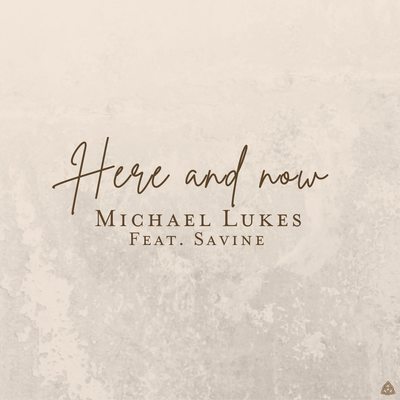 Michael Lukes, the British singer-songwriter known for his forward-thinking style, brings Savine to the forefront of his discography with the release of his new track, 'Here And Now'. The two vocal power drivers get right to the point with this tune, which features a soundscape that grips the ears for all right reasons.

'Here And Now' is a melancholy tune that pierces the heartstrings with its textures and ingredients. The song begins with a riff played on an acoustic guitar that makes its way forward. It adds some subtle strums to the movement of Michael's lead vocal delivery, and the fact that he is such a leading force with his prominent vocals causes goosebumps to shoot upward and outward on the back of the neck.

Next, Savine joins the fold, and with her angelic tones, she brings a new depth to the sound, transporting us to a distant land and guiding us to a place where only the most tranquil emotions belong. Both the singers join forces in harmony with one another during the chorus. Their technique keeps me fixated for the duration of the performance and I am head over heels by the time it concludes.