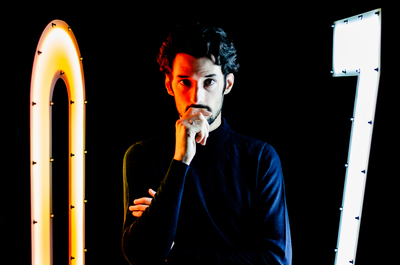 The incredibly gifted French singer Je Suis Oz has been creating music for more than 20 years. As he began his 27th year around the sun he decided he would rather follow his dreams than follow a normal rhythm of life he could no longer support.

In his songs, we discover a fusion of jazz and electro, rap and hip hop, that approach the sounds of Hocus Pocus, Stromae, Gaël Faye or Bigflo and Oli.

A few days ago, he released his fourth single of the year ‘Petit Zèbre’ and his new EP ‘Comme Un Gosse’. The story of ‘Petit Zèbre’ describes a world, and his experience within it, as a gifted child with high emotional intelligence and a brain that felt like it moved too fast. Gifted children are often misunderstood and rejected so it's nice to hear a singer giving them credit and highlighting their struggles. Such a shame that there is no English version... yet ;)