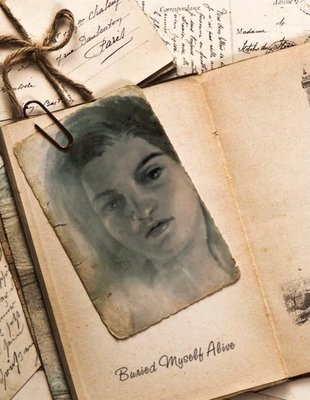 British-Indian singer and songwriter Prianca RA has returned with moving new song 'Buried Myself Alive'. Passionate about helping others, Prianca RA aims to bring more awareness around mental health and reduce the stigma surrounding mental health through music. Her new song is no exception!

'Buried Myself Alive' is a cry for help where the singer shares the time she had suicidal thoughts. In 2019, Prianca didn’t have the strength to carry on and thought about suicide. At this point, she felt powerless and weak. After releasing the demons outside, she couldn’t contain them any longer and told her family and friends exactly what she had been burying.

Drawing a parallel with her debut single ‘SPACECRAFT BURNOUT’, she compared this period of her life to being on a spacecraft far from reality and being connected to the people in her life through an unreliable network.

As a way to cope, she found comfort in Harry Potter books and enjoyed living in the magical world J.K. Rowling created.

Prianca hopes her song ‘Buried Myself Alive’ will reach people who may be experiencing thoughts about suicide. She encourages those suffering to talk to someone they trust - anyone.

Prianca RA · Buried Myself Alive (scheduled for release on 30/11)