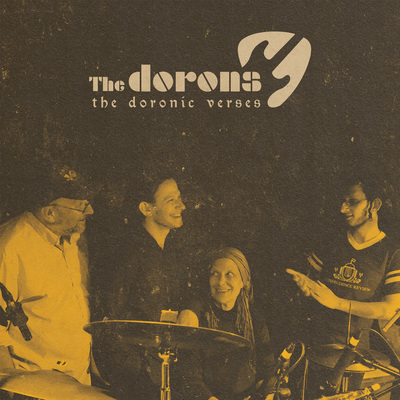 The Dorons have just released their brand new debut album 'The Doronic Verses.' This 4 piece band hail from Providence, Rhode Island and carry a funky style of alternative rock.

'The Doronic Verses' is full of contemporary folk songs, alternative rock. With sensitive and thoughtful lyrics, melodic guitar verses and a strong acoustic folk sound as its foundation, The Dorons have crafted an album of 11 songs in true musical style.

With songs like “This New Poison”, an acoustic rock song written by Yosef and Janice, with its bluesy vibe, and the pop rock song “Not the Usual Fare”, featuring acoustic guitar and electric twangs, this album showcases their rare talent and beautifully crafted songs.

Their debut album is almost certainly going to be a hit with new fans and The Dorons are already starting to obtain quite a following. With comparisons made to The Sadies, Midlake and Big Thief, this band stand out in the new contemporary folk rock scene.

The Dorons are a family too! Dad Norman on lead guitar, mom Janice on the drums and brothers Aryeh and Yosef on bass and lead vocals and guitar. It all began when, one day, Aryeh Rosenfield was a music major in college and he decided to perform with the rest of his family for a senior recital.

Funnily enough, parents Norman Rosenfield and Janice Kaidan are actually retired musicians who had played in many different bands throughout the 1980´s and 1990´s, and had been part of the Boston music scene. Rehearsing for months in advance of the recital, the family group really took off and the band The Dorons were formed!