With two records down and a third set to release this month via Fire Records, Surf City promise something noisier, catchier and stronger than ever. 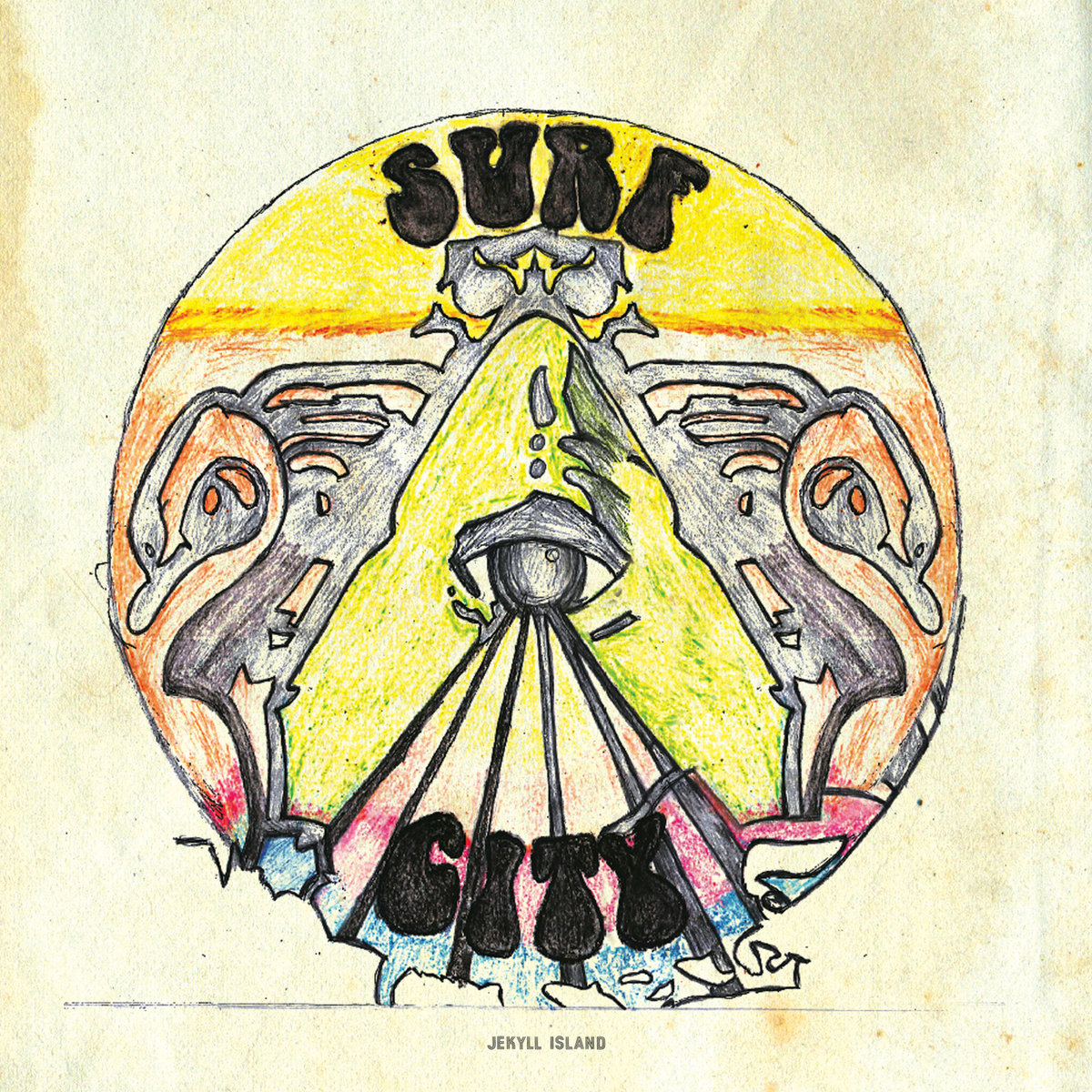 New Zealand has been conjuring a stream of psychedelic pop goodness, from the likes of Connan Mockasin to Unknown Mortal Orchestra, and perhaps new to your ears: Surf City. The Auckland psychgazers, consisting of David Stoddard, Jamie Kennedy, Mike Ellis and Andy Frost, aren’t exactly new news- they delivered their first release back in 2008- but their warm and hazy guitar-led sound is still significantly underrated.


‘Jekyll Island’, due on March 24th, is a collection of 11 fuzzy, summer reminiscent tracks, with the quartet’s usual set-up of cyclical riffs, driving drumwork and Stoddard’s echoey vocals layered over a backdrop of soft basslines.


Surf City don’t hesitate to ensure that the listener is engulfed in a spacey soundscape by immediately crashing in to the thick, reverb-drenched intro of opening track, ‘Beat The Summer Heat’. The song then swirls towards a pop direction around the 30 second mark and reaches its destination by 1:20, with jangly guitars and sing-song vocals in full-swing, setting the mood for the following tracks.


A similar sound is sustained throughout the rest of the album so if you’re a fan of their psych pop steez, you’re in for a treat. The repetition in style and composition causes each track to flow in to the next, almost risking becoming a drowsy blend. However, this is not the case and the record is far from dull with stand-out tracks, ‘Hollow Veins’ and ‘Leave Your Worries’ offering infectious, upbeat melodies.

‘Hollow Veins’, first shared back in late 2014, is easily the most memorable on the record. Although not the most innovative or advanced of the 11 tracks, ‘Hollow Veins’ is quite simply a nice listen, with the repetitive lyrics and complementing melody responsible for its projection from the rest of the tracklist. ‘Leave Your Worries’ is immediately catchy, with its recurring, simple but evocative riff spiralling through your ears and residing in the depths of your subconscious. The track’s heavy background of drums and guitars is washed over with a melancholy tone that is comparable to Real Estate; creating a new, yet familiar sound.


The album is rounded off with ‘Jesus Elvis Coca Cola’- a near 5 minutes of dreaminess constructed from layers of soft drumming, airy whispers and light guitar strumming. The song has a sense of nostalgia, leaving the listener inclined to then restart the album and take it all in again. It’s safe to say the record fades off on a high.


‘Jekyll Island’ is fun, chilled and altogether enjoyable- have a listen and plunge in to Surf City’s hazy, summer-infused sphere. Catch them on tour when they hit Europe later this year too.