NEW ARTIST OF THE DAY: SOAK


SUBBA-CULTCHA.COM SAYS: "It's rare for an artist to arrive so fully formed at such a young age, but in the case of Derry born singer-songwriter SOAK (Bridie Monds-Watson) I think we can say an exception has been made. Of course this is all from one song, one beautiful, tragic and haunting song underlined by Monds-Watson's brittle voice that sounds almost like a cross between Jonsi from Sigur Ros and Bjork with more than a hint of folkish whimsy.
SOAK is the first signing to CHVRCHES own 'Goodbye Records' imprint and will be joining the group on tour later this year. Personally I couldn't possibly envision a more suitable warm-up act for a band who have built their sound (and reputation) on combining pretty melodies and other-worldy atmospherics with gently dark, introspective lyrics and subtle melancholy.
The sound here is surprisingly gentle, replacing the bubbly synths of her mentors with a simple acoustic refrain that is backed by hefty reverb and sparse percussion. It remains to be seen if the singer (who played every instrument on the track sans the bass herself) will takre a more eclectic route on her forth-coming EP, but with a lead-in track this strong I'd imagine the young songstress will have a pretty admirable fanbase of her own before she even approaches legal drinking age!
Sample their latest track at the bottom of this article, keep an eye out for our forthcoming interview with them!" 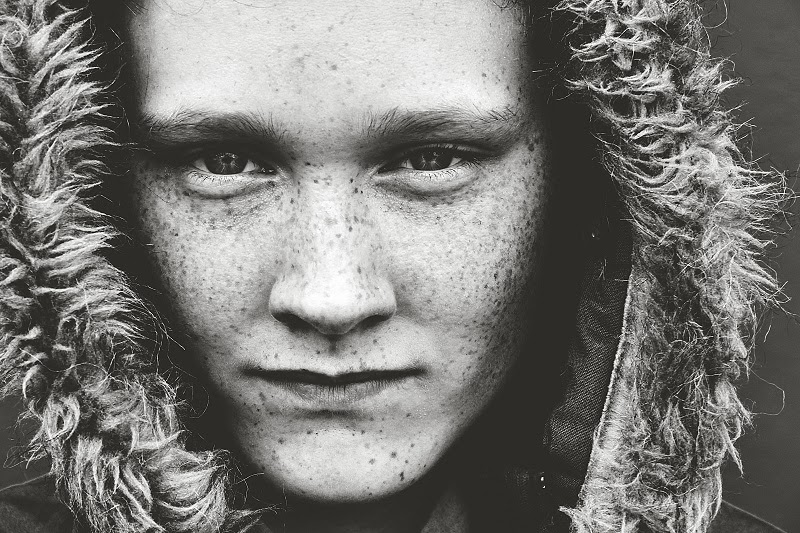 17-year-old Derry songwriter SOAK has announced plans for a new EP, ‘Blud’ (out March 17). This will form the first release on CHVRCHES’ brand new label, Goodbye Records, ahead of an NME Awards show with the band (Scala, February 17) and extensive European dates (including two sold-out dates at The Forum). SOAK, who has already been playlisted by the Radio 1 Introducing team and premiered her new single across Noisey/Phil & Alice's show, will also support the BBC-Sound-of-2014-shortlisted George Ezra in February. Further details on the ‘Blud’ EP will be announced shortly.


Born in Belfast but raised in Derry, SOAK offers vivid proof that age does not define artistic maturity. Bridie Monds-Watson has spent the last two years splitting time between her studies, the local skate-park, and her songwriting. There was significant acclaim for 2012’s ‘Sea Creatures’, which saw her offered slots at Glastonbury and Other Voices, support Tegan & Sara on tour, and complete a Biology GCSE moments after playing the City of Culture launch for Derry. A&Rs would fly over to Belfast for the day and sit patiently in her kitchen, whilst Bridie’s parents learnt on-the-job about artist management. Yet SOAK rushed into nothing, partly “because I never really expected any of this to go anywhere.”      Click here to listen to Blud