The Subways Are Back With Pop-Punk Under Their Fingertips


The Subways are back with their self-titled fourth album, released 10 years from when the band first formed this album represents their perseverance in the music industry and that they've still got it! 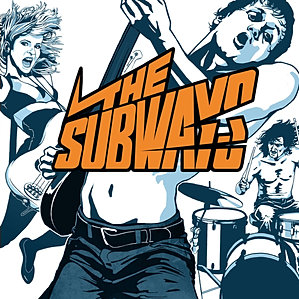 With a hint to the long awaited album, the track “My Heart is Pumping to a Brand New Beat” which is featured first on the album was released in the spring of 2014; giving fans a small yet satisfying taste of their fourth coming album. “The Subways” album consists of 12 tracks that stay true to the Pop-Punk genre, with grittiness and a new found attitude that I very much like is conveyed on tracks such as “I’m in Love and It’s Burning In My Soul” where the electric sound is heightened with screeches and a guitar chord that ignites the track for its rock n roll feel.


However, the pinnacle track on the album that stood out for me was “Dirty Muddy Paws”, from start to end there is a reoccurring rocking beat that just won’t quit. With the vocals correlating to this beat, it’s almost a wave of brilliance- there are absolutely no faults to this track.

On the other hand, the album ultimately suggests little versatility and range compared to previous albums such as “All or Nothing”. Yet “The Subways” maintain their habitat of Pop-Punk sovereigns; with tracks such as “Black Letter” it has the potential to be as awesome as “Dirty Muddy Paws” swaying to a more grungy sound and the vocals being rapid and rough. Though as a whole this album from The Subways proves to be relatively worthy but there is something deficient and I’m not quite sure what that is, however those pinnacle tracks carry the album to make it successful within its' home genre.


To find out more about The Subways click here.