Although based towards the South coast of the UK, Wild Smiles would feel more at home in the US. Their debut LP ‘Always Tomorrow’ is tinged with genre-spanning US nostalgia but there’s a problem… 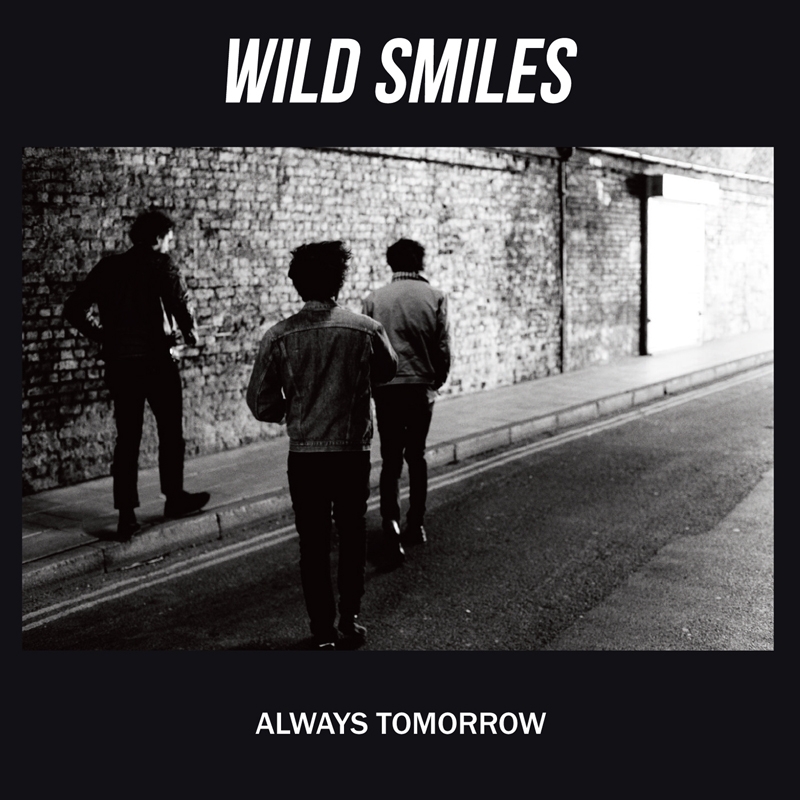 As a concept, this album is brilliant. It melds together elements of Shoe-gaze, Surf-Pop and Grunge seamlessly. All the songs encapsulate these genres as one opposed to them being overtly segmented into separate songs. It has the blueprint to be an exciting LP and it’s baffling to think nobody has really tried it before but something isn’t quite right.

It’ hard to ignore that the band are distinctly average and it’s a shame. Their sound encapsulates the elements of The Velvet Underground, Eagulls and The Jesus and Mary Chain and the vocals sound like a diluted Julian Plenti, which is no bad thing.  The delivery however lacks the finesse of the bands they’re trying to emulate. ‘The Gun’ tries to stick in your head with repetition, but by the time the track ends, it almost feels like it never happened. ‘Never Wanted This’ is reminiscent of Nirvana and is one of the better songs off the album but still lacks a killer blow. ‘Everyone’s The Same’ contrasts to the formula of the majority of the LP which charges along Surf Rock chords and offers the most sentient moment.


They’re the kind of band that at a festival you’d go and watch but only because a band you want to see is on straight after them. There is nothing fundamentally wrong with them but they are almost devoid of any idiosyncrasy to latch on to.

Listening to them is like eating Ryvita, it’s not going to satisfy your appetite. That said it’s not a train-wreck, there are flashes of genius amongst a congealed mass of stodgy melodies and kitsch vocal noise. For Wild Smiles though, I guess there is ‘Always Tomorrow’.