Festivals; Fun and Frantic But Are They Individual? 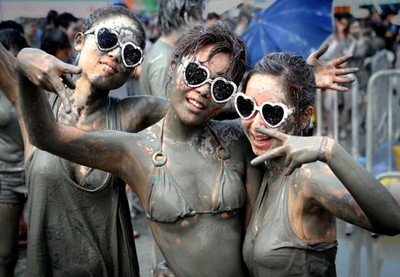 Are British festivals providing enough unique acts to be worth a festival hopping summer? Summer is rolling on, the dizzying highs of Glastonbury and T in the Park are just a memory now and already a few of you will have probably made half drunken promises of next years’ festival attendance. But are we getting enough for our money? Is there enough variety in the festivals? Has the truly British festival lost its way? Years (and years and years) ago it used to be that each festival was uniquely diverse. This still remains to some extent, headliners are usually booked for one British festival, and often for a higher price, remain exclusive to that festival. But no longer does this seem to be the case. Arctic Monkeys having headlined Glastonbury last year, headline both T in the Park and Reading and Leeds this year. Glastonbury 2014, in a statement released by the Eavis’ prior to the headliner’s announcement all 3 of the acts to command the pyramid stage were said to be exclusive but the surprise Saturday act of Metallica broke that promise. When such a prestigious festival can’t maintain exclusivity surely it’s a sign that British festivals have lost the variety they used to command? Looking down the line-up and the repetitions only continue to crop up. The 1975, one album in, rear their heads nearly everywhere (Isle of White, Glastonbury, T, R+L etc). Though some rarer bands may persuade you, such as Palma Violets showcasing new material at R+L or Franz Ferdinand playing to their local festival of T. But really is this enough? Die-hard fans may be persuaded by such gestures, but when coughing up £200+ for a ticket to most of the major festivals, surely they should be setting themselves apart more? But there is a twist in this possibly overpriced tale. The average price of a gig ticket is around £20. So if you are in that frame of mind as long as you see 10 bands you have made the most of your ticket price. Therefore it’s unsurprising that certain bands do play a lot of festivals, as if you can only go one, you want to be able to see what is popular that year. In the end though, if you’re going to a festival, you aren’t going just for the acts. If you are, stay at home. Get a tent in your living room, and drink ciders every time Greg James trots about a field on the BBC. Instead you’re going for the atmosphere. Whether it’s the free-spirited Glastonbury, the “I’ve just got my exams results” of R+L or the bass isn’t loud enough of Global Gathering, you often end up selecting whichever suits you most. If you don’t believe me look at Reading and Leeds, artists themselves have a favourite of the two based on atmosphere, and they’re essentially the same festival! So when considering line-ups weigh up the money, and the exclusive headliners and artists, but always factor in the ethos of each one. [caption id="attachment_61264" align="aligncenter" width="300"]