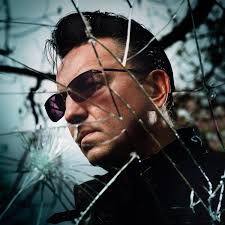 In keeping with the tradition of naming his albums after places in and around his beloved Sheffield, homebody Richard Hawley’s choice of title 'Hollow Meadows' is more apt than most.


Thought to be the location of a hospital that existed as recently as the 1950s, it chimes with the backstory of Hawley’s eighth album, written whilst in recuperation from a back injury.


That further research yielded the area was originally known as Auley Meadows – a name thought to derive from the Hawley family who lived there between the 13th and 17th Century - only adds to the personal nature of this album.


That Hawley is an intelligent and echt songwriter has never been in doubt, of course - he’s one of our best - though these ruminations on loss, ageing and the simple things in life hit harder than most.

Take opener, "I Still Want You", where Hawley’s cracked voice sounds like he’s aged 30 years since 2012’s 'Standing At the Sky’s Edge'.


“Sorry, I’ve been away so long,” he croons in the first line. It’s not been THAT long. Anyway, it’s this form of string-soaked balladeering that sets the pace for the majority of the songs that follow.


From here on in, he sounds in fine form again. "The World Looks Down" is a wonderfully downbeat meditation on the miracles missed while staring at our phones; a subject which could sound naff in the hands of a lesser writer.


The more upbeat fuzz-guitar dominated "Which Way" brings a welcome change of pace, though it is less affecting than the woozy, masterfully melodic "Serenade of Blue", where our hero gives his Gretsch a rest in favour of acoustic instrumentation.


Hawley makes fine use of neighbour Martin Simpson who adds a strangely uplifting touch of banjo to "Long Time Down", while another steel city resident Jarvis Cocker contributes something called a Rheem Kee bass synthesizer on the ponderous "Nothing Like A Friend".


To be honest, the latter sounds like a less successful retread of the atmospherics of the 10-year old 'Coles Corner', still his best album. Hawley hasn’t exactly made many refinements to his sound since then - though kudos to the more experimental detour of 2009’s 'Truelove’s Gutter'.


Still, this is not a man who feels the need to reinvent or prove his songwriting chops, and while 'Hollow Meadows' tails off somewhat in its second-half, "Heart Of Gold", inspired by septuagenarian folk singer Norma Waterson adds some welcome rock n’ roll grit.


Inspired by his daughter leaving home, "What Love Means" brings things to a close on a tender, subdued note.


“Did we pass the test?” he pleads, “Well it only goes to show, these windows to the soul.”


Sometimes it feels just a little too personal peering through that glass, but then that’s the glimpse at beauty that a songwriting talent like Hawley presents us. These songs are a roam through welcoming meadows.


To find out more about Richard Hawley click here.