Mutoid Man Go For The Jugular With 'Bleeder'


What may have started as three accomplished artists simply stretching each others experimentation limits, seems to have grown into a project which really does add intensity to your playlist. The wild members of Mutoid Man split open their insane LP, ‘Bleeder’. 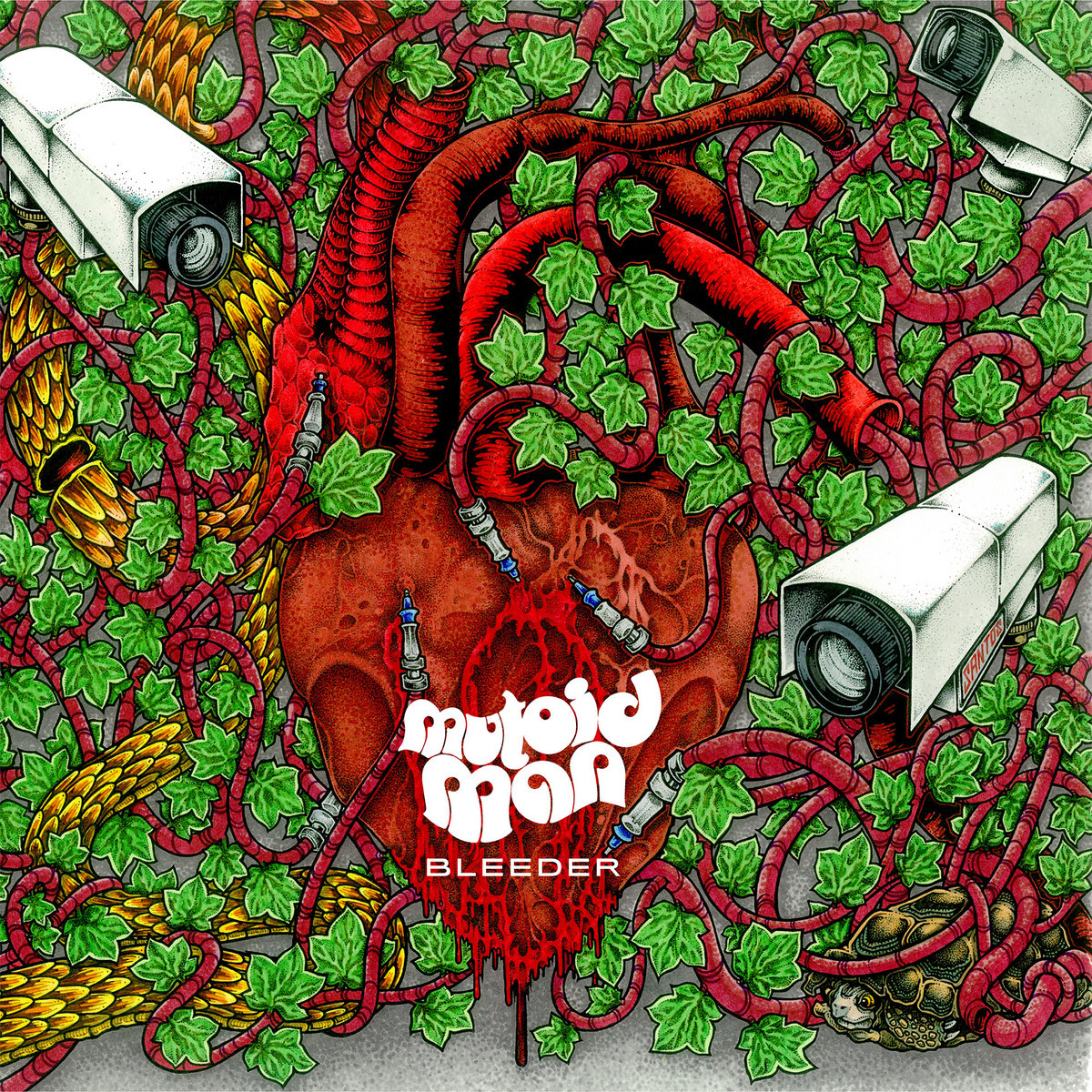 Working as an instigator of pure mayhem alongside Ben Koller and Nick Cageao, Stephen Brodsky seems to have somehow taken a step further than his progressive participation within Cave In, and has adapted an even more ‘balls-out’ style of guitar playing. He holds nothing back with an increasingly lucrative alteration of his usual hardcore technique as well as using an incredibly impressive singing range.


The accomplished Converge drummer, Ben Koller, brings his sheer ferocity of unrelenting brap and slap beats along for the ride, leaving no room for the faint of heart amongst the albums target audience. All that remains is the bottomless impression of bass notes emanating from Nick Cageao’s four string.


The album enters the realms of Progressive metal and complicated mathcore which may take them dangerously close to a Rody Walker impersonation but luckily stray from a clash of personalities by adding in a southern rock-esque approach.


Blotches of blues and jazz riffs can be found throughout the collection including the opening track ‘Bridgeburner’. Burning a blazing streak of head bobbing guitar licks, this opener may lack a lot to talk about regarding lyric content, but still has that Alterbridge ferocity which can easily make a crowd scream at the top of their lungs.

‘Dead Dreams’ also has the possibility of claiming the title of ‘Bleeder’s crescendo. Turning the dial up to eleven and putting their foot down hard on the listeners ears, this bone crunching track holds the most memorable breakdown of the LP as well as the irrefutably good advice of not living with your failed dreams.


The polyrhythm interplay addicts may have outdone themselves with creating an addition to their back catalogue that shakes up the modus operandi of modern day post-hardcore acts, but unfortunately loses lyric content along the line and  begs to be given a breath of fresh air so it may flourish beside the instrumental aspect. Regardless of this however, the musicians have given themselves ample breathing space to inhale and spread their wings as adaptable and talented musicians.