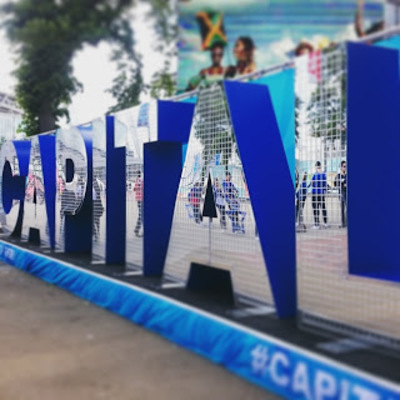 The mini-festival hosted by London's radio staple Capital FM, attract a plethora of talent and big names for a one-day, pre-teen extravaganza. 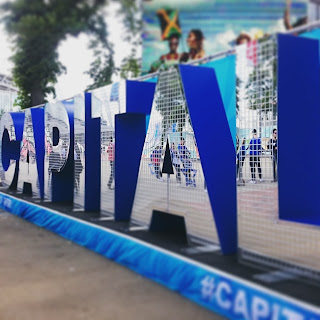 The Vodafone sponsored event had an impressive line up that featured some of the biggest pop acts around. Kicking off at 3pm with #TakeTheStage competition winners Cahoots (which seemed a bit too polished to be "YouTube sensations"). Then it was a revolving door of artists starting with One Direction. The band are on a national tour and these gigs are tipped to be the last before their inevitable hiatus and future ailing solo careers *yawn*. 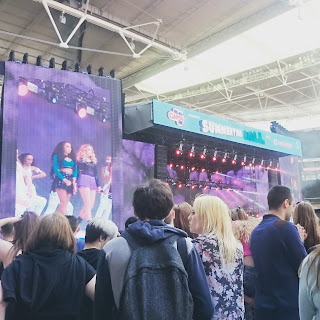 The absolute highlights of the festival where Little Mix, with anthemic battle cries and fierce dance routines. If anyone is going to make me burn my bra in a feminist protest, it's them. The surprise of the day is the virtually unknown Jesse Glynne. Her music was catchy, her performance was real and her voice was powerful. And I might be harbouring a little girl crush. 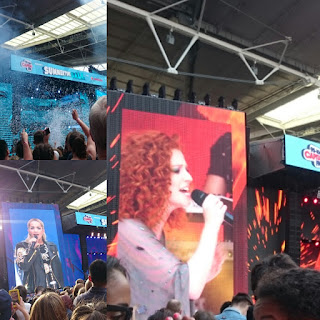 Rita Ora seemed a little lacklustre. Despite knowing exactly who she is, doing lots of research and watching her live, I still couldn't hum a single tune of hers. While doing my 'I know who these people are but don't know any of their songs' research, I discovered I was a big Kelly Clarkson fan. I even cried while watching Because Of You on YouTube. However, my big fandom wasn't as big as her arse. The girl has got really big - at one stage, I thought Vanessa Feltz was on the stage. I know I'll get into a lot of trouble a la superbitch Katie Hopkins, but she has a point. Kelly was huffing and puffing her way through the set and lacked the vocal power she's famed for. Basically, the girl got fat. Another artist who seemed to lack any sort of energy, despite very energetic dance routines was Jason Derulo. He did the song about trumpets, but due to a poor choice of shirts all I could do was see how much his bright, white shirt was sticking to him. He took it off and let me tell you, he's not as buff as you'd think.
Pitbull gave me the creeps and my friend said that he came dressed as a waiter. I think that sums it up really. His poor dancers.
Then there was a whole host of people I've never heard of like Nathan Sykes and some dude with Beats earphones. I have no idea why they put the unknowns on this late on in the day - perhaps their pluggers and agents are minted. Or perhaps it's because it was way passed most of the audience' bedtime so it didn't matter who they put on that late.
It was a good day. It lacked the atmosphere that I expect from more traditional festivals as once you were in, you were in. And if someone you didn't like what was on, you'd have to sit through the three or four songs of their set. I was impressed at how quickly they turned around artists, as there was minutes between acts, but then there would need to be because there's nothing else to do. And perhaps due to this speed, the acts lacked je ne se quoi that you'd expect from global, multi-million selling artists. 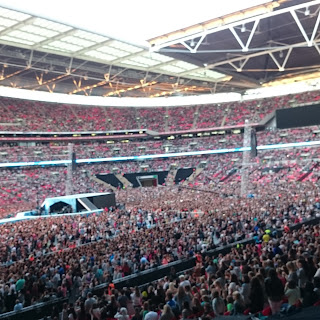