Totally Mild Provide Bittersweet End To Summer With 'Down Tme'


Originally a solo project under the same name, Totally Mild has expanded to incorporate drums, guitar and bass on every track, widening and developing the sound that was initially shared on bandcamp in 2013. What was just Elizabeth Mitchell’s (nonetheless striking) vocals layered over very stripped back instrumentation has grown into a full pop outfit that sounds like a more chilled out version of Best Coast, with instrumentals that are somewhat comparable to those of Real Estate. 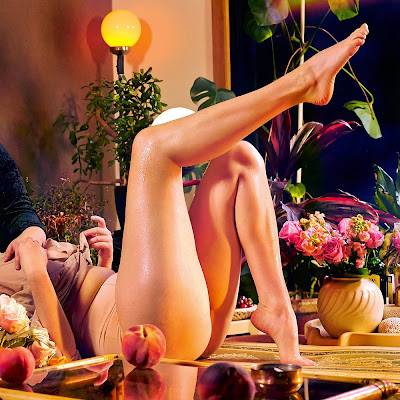 ‘Down Time’, the band’s first full-length, perfectly suits its title: it’s relaxed and laidback with sentiment oozing out of the melodies and lyrics. The ten tracks, which rarely stretch over 3 minutes, capture the melancholy feeling of sitting back and watching summer near an end, as it recently has in Australia- the quartet’s home country. The record is out in the UK on August 7th, just in time to soundtrack what will inevitably be a premature change of season.


Despite the jangly guitars and Mitchell’s sing-song tone, an underlying sense of misery hangs over as she sings of being “already dead” and never wanting to “go outside again”; with this as a running theme, the album is bittersweet to say the least.


‘Christa’, shared online earlier this year, opens the album, immediately crafting an apathetic feel with its slow pace and simplicity. Regardless, Mitchell doesn’t hesitate to show off her impressive voice by previewing in the track's chorus the falsetto that'll be used so effortlessly throughout the rest of the record.

Fourth track, 'Move On', can also be recognised from the band's social media prior to the album release. Lighter and more upbeat, this song is just a pleasant listen; although not the most technically advanced on the tracklist, it is one of the standout tracks.


Taking a further dip into Mitchell's subconscious, 'Nights' exhibits a sad feel through the lyrics and the whining guitars that open the track. The chorus is particularly catchy and, again, the song serves as one of the best on the album.


With its elements of shoegaze and dream pop melded with a bunch of simple yet heartfelt lyrics, ‘Down Time’ is placid, dreamy and effortlessly good.


To find out more about Totally Mild click here.