Zebrahead Stick To Their Guns With 'Walk The Plank' 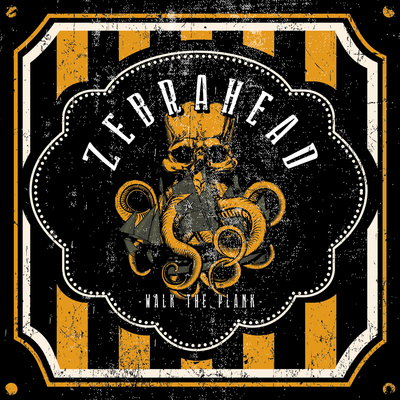 Zebrahead have released eleven studio albums to date but their newest album, ‘Walk The Plank’ (vaguely titled after an extensive period of tour travelling), comes across as more of a metaphor for their exhausted opinion on experimentation within their sound.

The party-animal pop punks seem to have lost the desire to push the capability of how they could progress within their genre anymore, but would unfortunately prefer to stick to what they (and their audience) already know.

For a group who have worked relentlessly to expand their fan base, the thirteen tracks worth of average material does not do them justice. Including worn out topics and a devil may care attitude towards the reason for doing so, the Californian quartet have slipped off the tarmac and hit some rough terrain.

Taking everything above into account, the album does have a few strengths which make it worth a listen. “Who brings a knife to a gunfight?” opens with an unexpected appearance from a Sitar bursting into an incredibly quirky punk melody. Their message to live by being “we want to party”, is as clear as crystal and with the inclusion of their signature sound, the album has a promising start (if not just a curiosity of what else they may try).

“Keep it to myself” works very well as an acoustic track whereas if it were played as a traditional punk track, it would have been lost amongst the ordinary clutter. Mr Tabatabaee however should have taken a break from his alternative style of rapping and simply left Matty Lewis and Ben Osmundson to their own devices.

Songs such as “Headrush”, “Running with wolves” and “Kings of the here and now” however are good examples of how the band accidentally stumbles back down a previous path, winding up imitating their back catalogue. With certain topics of a typical punk agenda that attempt to incite the masses, they need to be careful to avoid hitting speed bumps now when they are should really be pushing their sound in a new direction after such a lengthy career together.

For those who are fanatics of Zebrahead? They will likely ignore the comments and still enjoy the album. For those who are looking for the band to spread their wings and take on a new challenge? I would not expect ‘Walk The Plank’ to raise any pulses.