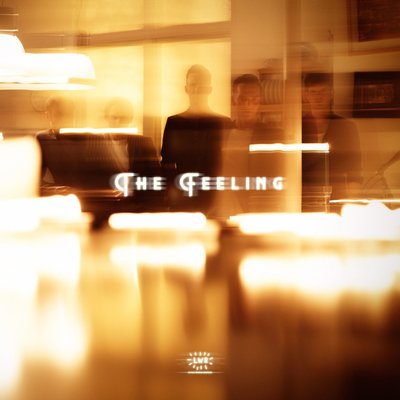 I was lucky enough to witness a one off concert towards the close of 2015 at Oslo’s in Hackney, which surprised me in its rawness and heavy sound from a band that I had previously dismissed as a fading pop/rock act. It was The Feeling and they were playing their newly recorded album live for a select few, having recorded it in a studio not too far away. Fast forward now to the current date and finally it is being released to the general public, and I for one couldn't wait to hear it.

You can read my review of that concert elsewhere in pages on this website, but the overall memory I have was it mixed, pop with a much harder rock edge, and at times even drifted into the prog world with some serious guitar noodling and Hammond playing. Hearing this album for the first time I’m struggling to hear that same sound I heard 3 months ago, starting with ‘Wicked Heart’ which is ok, some nice big guitars and catchy “wooo wooo” backing vocals, but boy do you know he’s got a wicked heart by the end of it. Repeated lyrics over and over can be draining at times.

‘Spiralling’ is their new single, but I have to say for me, possibly one of the weakest tracks on the record. ‘Feel Something’ however has an ending fit for any fans of big guitar production and ‘Real Deal’ is the main highlight, mixing strains of smouldering subdued Thom Yorke type harmony wails and finally some Hammond, plus some great drumming work on that track, and just as it builds to a crazy mish mash of sounds it stops abruptly – loved it!

However, that piece of bliss is short lived and ‘Non Stop America’ is a typical pop/rock slab of cheese that I would expect to be a single at some point, it’s by no means as hard hitting on the record as it can be live, which is a shame considering this album was apparently recorded quickly and very live.

‘Let it be gone’ is like a slow piano based number from a forgotten musical, I don’t recall it from the live show at all, atmospheric perhaps - but one I would be skipping frequently. ‘Young Things’ is next and finally more of the harder edge I was expecting, sounding a little like Weezer crossed with Blur, it’s a catchy upbeat track and my second favourite on the album. This band are supporting Jeff Lynne on the ELO tour later this year so will need to pull out these big tunes at the arenas or else they will be lost to the chatter.

‘Shadow Boxer’ starts slowly and by 1min 30 I’m already sick of the word, it barely scrapes above the relentless repeating chorus and disappears back into the shadows unnoticed. ‘What’s The Secret’ similarly is drifting in a Travis/Crowded House fashion, some pleasant dreamlike slide guitar phasing but quite sleepy and not the Pink Floyd mammoth I was expecting. Live that track sounds like ‘Great Gig in the Sky’ complete with backing singer screams.

‘Alien’ is much better, it displays an energy missing from most of the album, and some useful pop guitar work, it rocks through to the end, but its just a shame that the ending is another drifting tune called ‘Sleep Tight’. They have a reputation for a ballad at the end of their albums and this one is just that.

Overall this is such a disappointment compared to what I witnessed live last year, I would heartily recommend going to see them play a show, they are quite superb – its just a shame that the Feeling isn’t the same when you listen to this album.