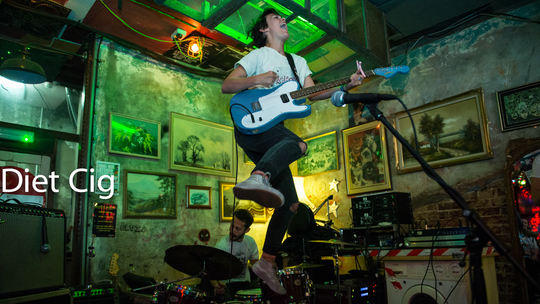 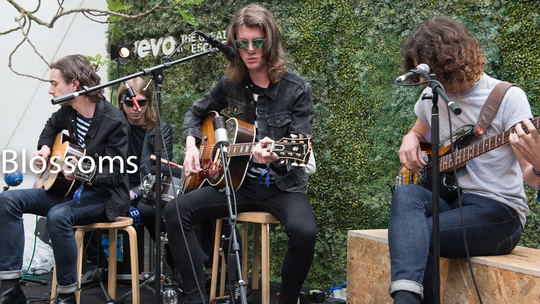 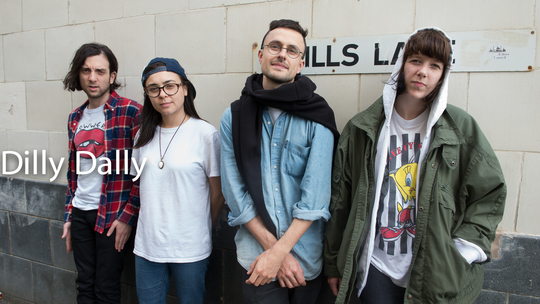 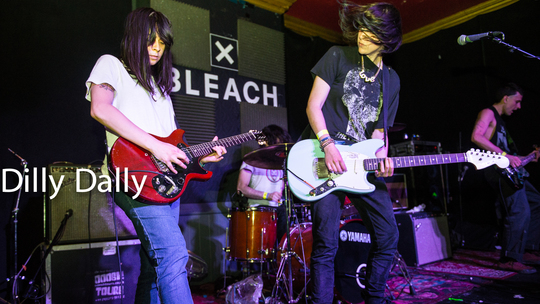 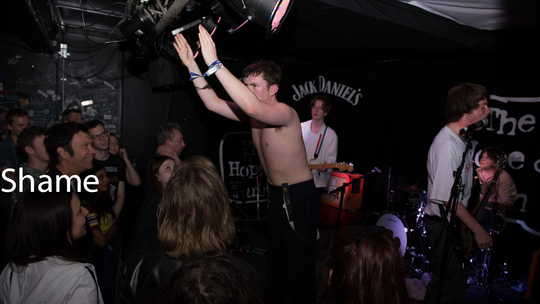 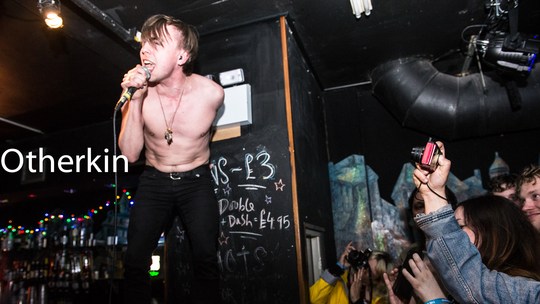 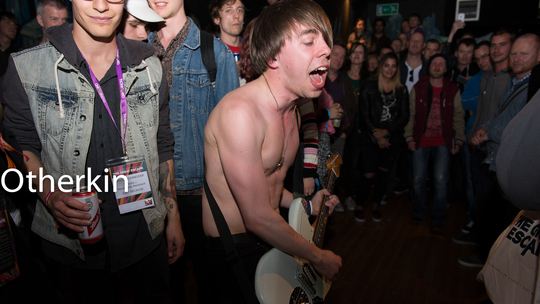 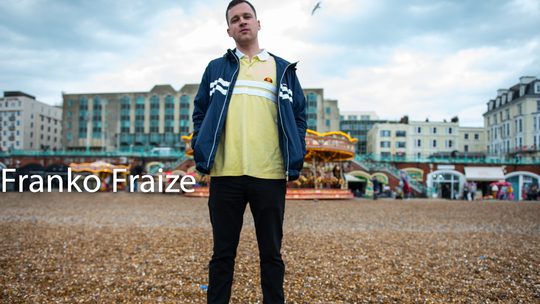 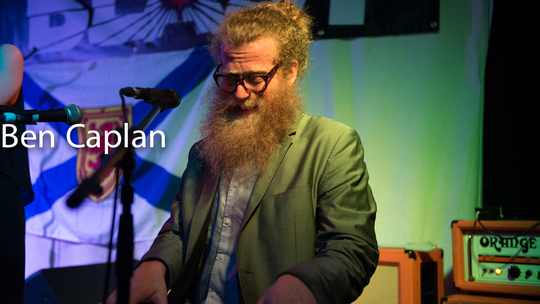 We’re on our annual pilgrimage to Brighton for The Great Escape, one of the best weekends of the year, not only full of hundreds of the best new bands but a city of just general good vibes all round, except for the queuing, but that’s what us Brits like to do isn’t it? Where else can you go and see you favourite new band, go and have a chippy tea with a few beers on the beach, go on the slots on the pier and then see a band on the pier?!

We got into town on Thursday afternoon and after checking in and getting our passes went for a wonder around before catching our first band of the weekend, Tangerines, at the Haunt, this south London four piece rattled through a quick set of garage rock before we popped across town to see Dublin newcomers Otherkin, whilst not as promising as we’d hoped they definitely put on a show climbing all over the bar and running through the small basement venue. It was then we managed to cram into Green Door Store to catch Seattle girl gang Chastity Belt weave through their fuzzy yet dreamy indie set with just the right amount of messiness! We then did a bit more queuing before not actually managing to see Ben Caplan and the Casual Smokers!

It was an early start Friday with a pre-lunchtime acoustic set by Stockport lads Blossoms, playing a short stripped back set of their northern indie pop. After not getting to see Ben Caplan last night, luck would have it he’s playing again early afternoon at the Nova Scotia showcase, and what a start to the day, bellowing through his massive bushy beard, Ben Caplan is a man that makes folk music interesting to all, with the whole room entranced by his presence. A friend then suggested going to see The Bulletproof Bomb, judging on the band name we reluctantly went but were in for a surprise when the self professed sportswear punks took us through a set with the lyrical charm and punk ethos of early Jamie-T, a very pleasant surprise!

It was then that we went to see Canadian grunge’ers Dilly Dally and excitement levels were high after we caught them three times at SXSW recently. We had a chat with them before and front woman Katie Monks told us how their debut album ‘Sore’ was “like our baby, our special big fat baby so we wanna feed it lots of food until it blows up. We wanna do this one justice, it took us years and years to write it”, and do it justice they did, despite it blowing up in other ways with Katie having to put her sock over the mic to stop the electric shocks, she managed to not let this stop her and howled her way through a set from their debut, backed up by pummeling guitar and brooding bass lines and drums, a definite highlight of the weekend.

What other festival has a music venue on a pier? It was only right that we went down to Horatio’s to catch headliners of the night, Eagulls. Disappointingly there was some security issue with letting people on and off the pier and security were refusing to let anyone else on, despite the venue only being half full by the time they came on stage. They didn’t let this stop them and the Leeds noisesmiths played a set largely around new album ‘Ullages’, toning down the noise and showing bigger ambitions, but it doesn’t quite have the energy it needs to be truly stunning.

We then ended up the rest of the night at a huge house party at the house lived in by The Magic Gang, Abattoir Blues and more, by the time about 200 people crammed in we called it a night to grab a couple of hours kip before Saturday kicked off.

Dreamy electro-pop seemed to be the right order to start off a Saturday morning when we all were feeling pretty delicate! Kelly Lee Owens was backed up by her band on cello and electronic gadgetry and gave us all a nice warm wake up to ease us into the day.

Equally good yet on the opposite end of the spectrum we then see South London reprobates Shame, lots of beer getting thrown, deep eye contact and nipples getting rubbed, watch out Fat White Family, someone’s on your tail. We just had to stroll down the stairs in the Hope and Ruin to catch self confessed 'slop pop' from Diet Cig, front woman Alex Luciano can jump seriously high, slop pop is fun!It was then time for a boogie with Scottish disco rockers White, we overheard somebody say “it’s like Franz Ferdinand meets Spandau Ballet meets Queen”, whatever, it got everyone moving and was a nice afternoon treat!

As well being an all-round top bloke, Franko Fraize provided one of the weekends highlights. Backed up by his band and his mate Tone, Franko smashed his way through a set with highlights being single ‘Oi Oi’, dancefloor banger ‘Only’ and finishing up with their new drum and bass track. Franko is one of the rare live acts that could equally cut it playing to a crowd full of indie kids or a room full of clubbers. It’s refreshing to see how whilst having a knack for being a showman Franko is clearly appreciative of everyone’s support, bigging up everyone from the soundman, the bouncers and every one who is there going nuts, even Carl Barat makes an appearance. We had a chat with Franko and Tone before the gig, check it out below...

We then hotfooted across to one of the smallest sweatiest pubs in town to see Carl Barat play with the slightly lesser known of his bands, the Jackals, as part of the Alternative Escape. Despite not being able to see a lot it was a great set largely from the Jackals debut album with a couple of Dirty Pretty Things and Libertines tunes thrown in for good measure, ending with the chaotic ‘ I Get Along’.

At last year’s Great Escape we accidentally stumbled across Aussie Britpoppers DMAs so what better way to close the weekend at slightly bigger venue this year, the Corn Exchange. They played much of debut album ‘Hills End’ which has shown itself to be full of anthems with a real hardcore bunch of fans going for it at the front, old favourite ‘Feels Like 37’ gets one of the biggest reactions of the set and it’s a perfect ending to our Great Escape.

Already counting down the weekends until next year, The Great Escape, how apt.