Cuban Brothers Shut It Down At Shindig 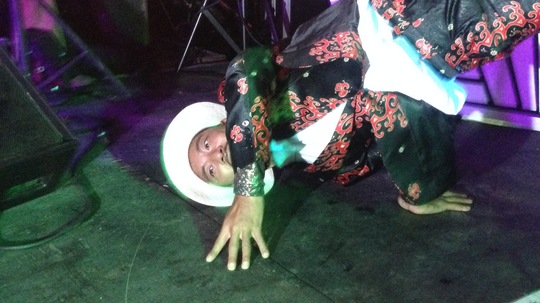 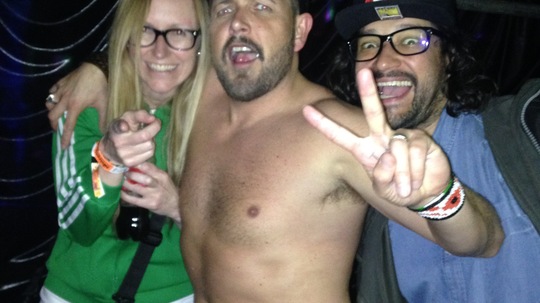 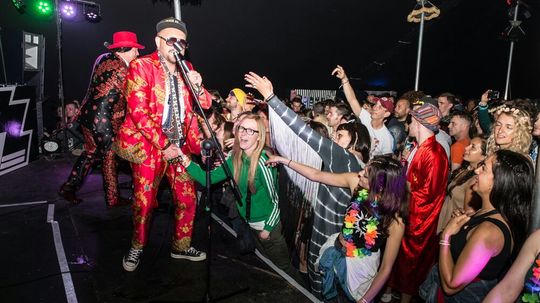 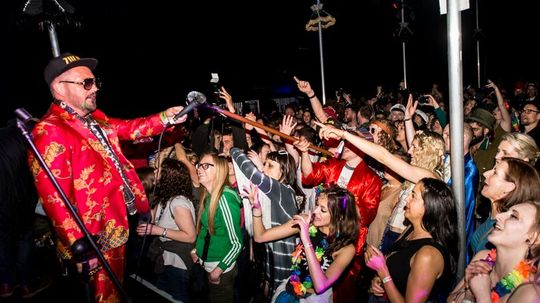 Wow. This place. So we're in a field in Somerset and it's the first festival of the summer. And what a festival it is. Day One has some very big names including Terry Farley and Andrew Weatherall who totally funked out the dance tents. But the standout moment from the first day had to be The Cuban Brothers.

They started off with some sharp matching suits and some gentle choreography to get the crowd warmed up. And very soon escalated into some sweet footwork and audience participation. The Cuban Brothers are a crew of four breakdancing rap maestros who don't skimp on the seediness and push the boundaries of decency from the start to the end of their set.

Somehow I don't think they're Cuban and they don't look like brothers but nevertheless this is exactly what Shindig needed to start the party and kick things off. Quite unbelievably there are some small children right down at the front with me and I found it so hard to resist putting my hands over their little ears for most of this smutty set. But what do I know, because next thing they were up on stage, spinning on their heads and breakdancing like they were born to.

The tunes and the raps are all seamless and by the end of the set, with the frontman stripped down to the skimpiest of briefs and sweat and tears of laughter flying through the air, it's clear that despite the misplaced misogyny The Cuban Brothers have totally won the night. Can't wait for Day Two!