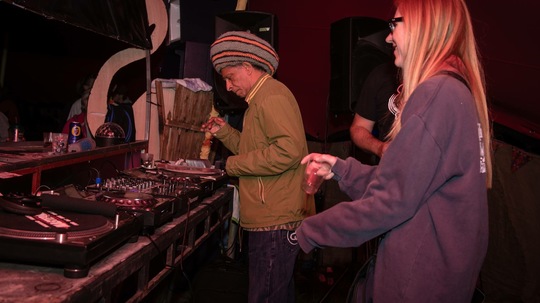 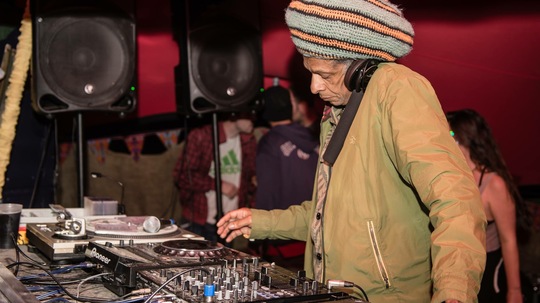 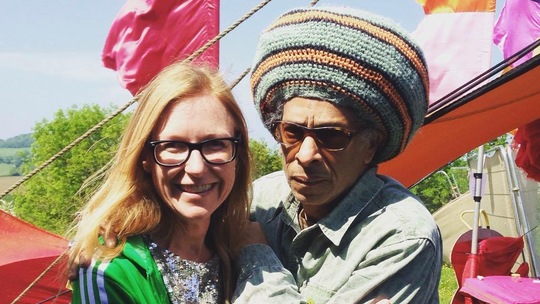 Day Two of Shindig has all sorts of treats in store. It's the festival that just keeps on giving. A stroll of the site throws up all manner of surprises, there's the Kings of Ping in gloriously shiny red and gold taking on all comers on the ping ponging tables, there's a delightful sensory chill out garden where you can tickle ickle tortoises, and cocktails which could seriously wake the dead, which is just as well after last night.

Musically on the lineup today, there are some big names of dance and drum and bass, including DJ Yoda, Beardyman, LTJ Bukem, and the mighty Donovan 'Don' Letts.

A delay in Don's arrival meant that his set was later than billed, but by the time he started, the crowd in the Tutti Frutti bar were in party mode and ready to throw some serious shapes.

The set started with some heavy dub and bass, and soon detoured into reggae, funk, and classic tunes from a wide range of genres. Don has an effortless motion and I spent most of the set just standing alongside him, completely mesmerised by his magical mixology and smooth moves.

The mixes and the mashups took off in all sorts of unexpected directions, and lit up the tent. The seamless segues from one track to the next lifted the crowd and made for one non stop wave of motion through the tent.

Don seems to float from one side of the stage to the other and at times almost melds into the decks. He has the ability to make all those complex looking twiddly buttons look like the easiest thing in the world. I could have stayed for hours watching this genius of DJs but all too soon it came to a close and it was time to head to the nightclub tent for dancing til dawn with Ed Solo and Kathika from Slamboree. Roll on Day Three!