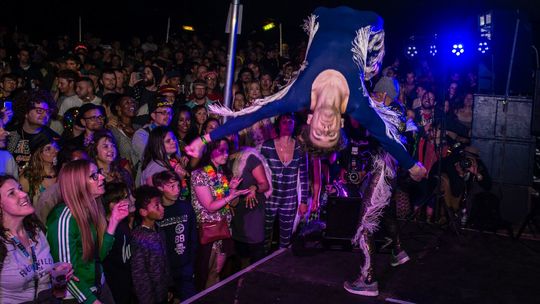 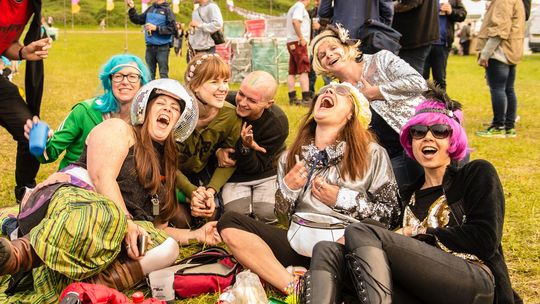 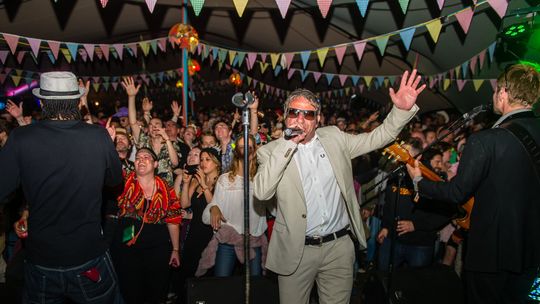 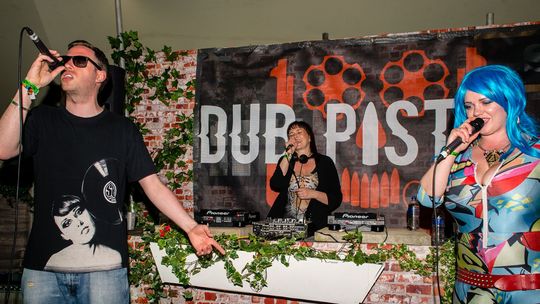 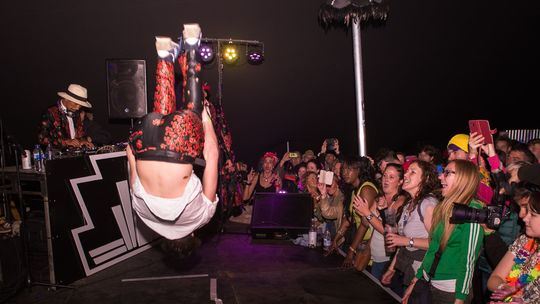 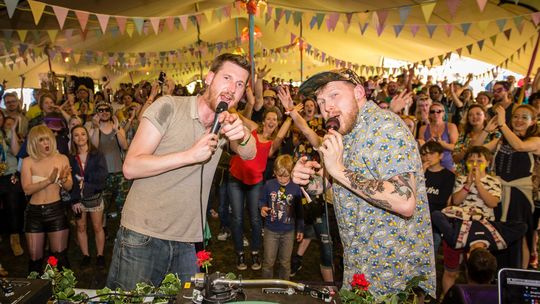 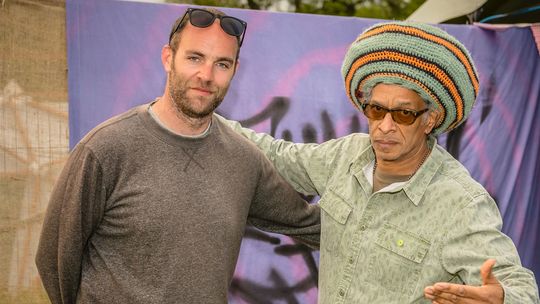 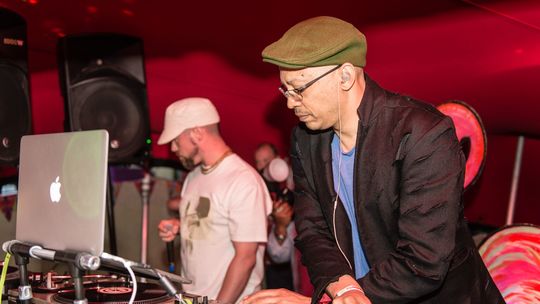 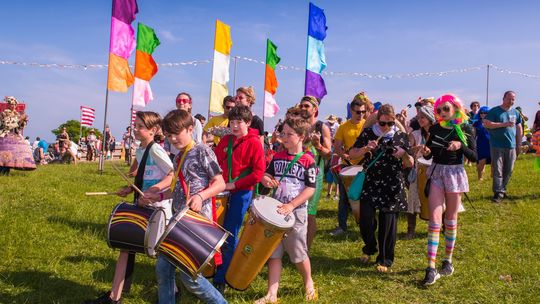 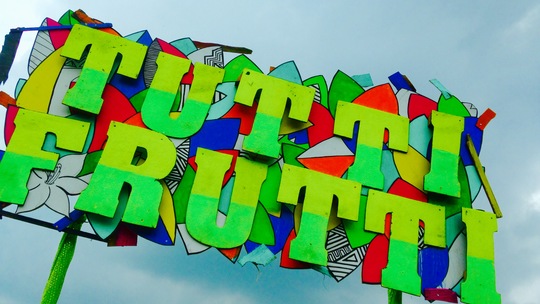 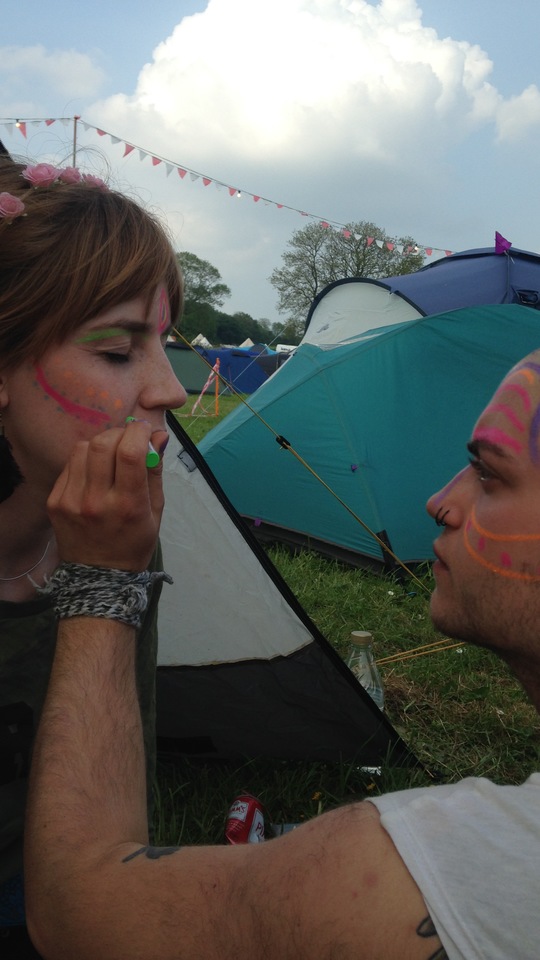 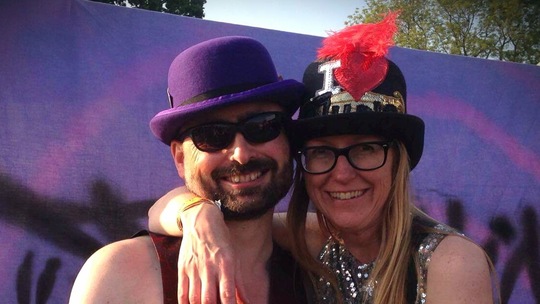 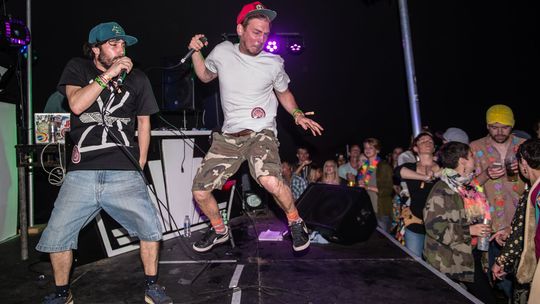 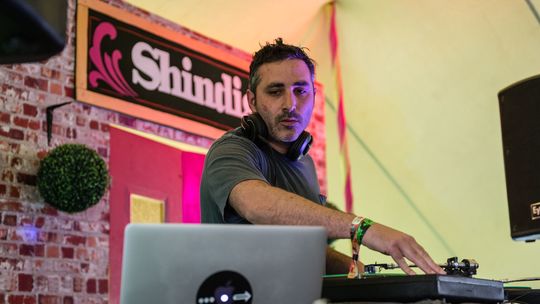 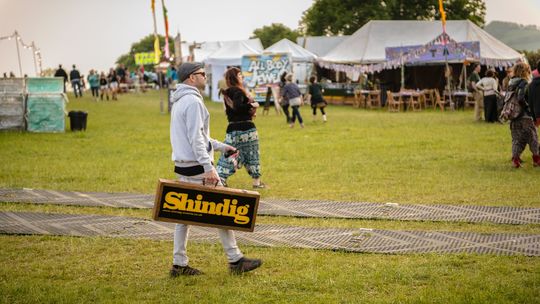 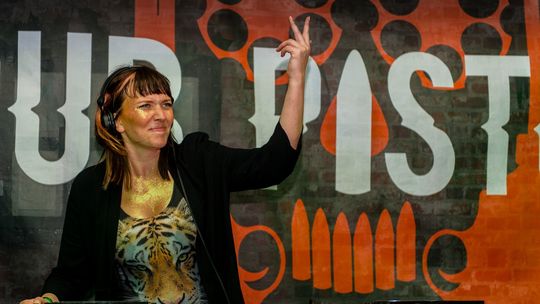 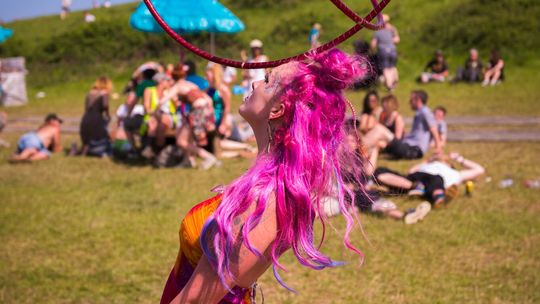 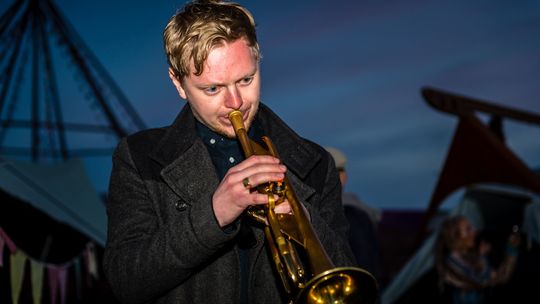 Shindig festival is now in its' third year and has a reputation for being one big gathering of family and friends in a field.

Set in a beautiful farm location, all rolling hills and black and white cows, with neighbouring Glastonbury almost visible, it's easy to switch off here and focus on the important business of having a good time. That's once you've navigated your way through the miles and miles of wiggly roads that are no bigger than a pavement.

Musically there's a fantastic lineup. All the big names of dub, reggae, funk and soul are in attendance, including Terry Farley, Andrew Weatherall, Beardyman & JFB, Don Letts, LTJ Bukem, Marshall Jefferson, Dub Pistols and Stanton Warriors... to name just a few of the immense legends that will be playing over the three day weekender.

So with all of that on offer, and the tent set up in record time, followed by a whistle stop tour of the site, it was time to head out for some fun. A few threatening thunder claps and a couple of sporadic showers didn't stop the party vibes and as the revellers started to arrive, the fields quickly became filled with colour and laughter.

The site itself had plenty of room for the expected 3,000 Bank Holiday weekenders and at no point felt crowded or claustrophobic. The four main music venues were nicely situated with just the right amount of space between them and there were lots of fun touches which made Shindig one of the most relaxed and happy festivals I've ever attended.

A loosely interpreted theme of 'Funkin for Peace' saw all ages and sizes fully spangled up with more glitter, stardust and sparkle than an explosion in a nursery school's art cupboard at Christmas time. And for those who hadn't thought ahead and brought shed loads of sequins with them, there were plenty of reasonably priced stalls of shine to stock up.

A chill out sensory space with blankets, cushions, a campfire and pet tortoises to play with was a popular choice for those times in the day when a bit of rejuvenation was needed. And a huge kids' area with about 60 dedicated members of staff meant that the children had plenty to keep them amused and entertained whilst the parents partied.

The food and drink stalls had a fair range of delectable treats to offer as well, and there was never a time when queuing became an issue. My personal favourite the 'Cheesy Chips Van' kept me energised for the whole weekend, with cheese generously distributed in layers and layers of meltiness between the chips.

There were so many musical highlights over the space of three days that it's difficult not to mention every single DJ, band and performer, but the standout moments of Day One included those cheeky scamps The Cuban Brothers (http://www.subba-cultcha.com/reviews/1638), very danceable mayhem from Two Many Ts, and a four hour (!) set from Andrew Weatherall.

Day two memories were the craziness of The Beatbox Collective (check out their version of The Game of Thrones theme tune), and the legendary DJs Don Letts (http://www.subba-cultcha.com/reviews/1640), LTJ Bukem and DJ Yoda.

On day three the excitement hit supersonic levels with the early morning news that The Dub Pistols had arrived on site. After the sunniest day of the weekend so far, which saw a dressed up drum and samba procession around the site, and an inspired set from Chicago legend Marshall Jefferson, it was time to ramp up the party vibes at 'Ashworth's Dig Inn'.

Tobyone (because when he was growing up there were three Tobys and the nickname has stuck!) put out some great vibes, Tigerlight lifted things even further with her sparkly singing alongside Kathika Rabbit and MC Profit, before Dub Pistols bounced onto the stage and the whole tent took off.

The sounds of ska and dub vibrated through the air and every single face was beaming throughout their set. Happy times and even the side of stage security couldn't help themselves from participating too.

Lindy Layton joined the mighty Dubs on stage for a while, singing and then giving it her all with a very loud air horn, and then when Dub Pistols eventually made their way off stage, Lindy continued the party with her own DJ set. Finally Stanton Warriors brought things to a close, and some very tired festivallers hit the sack for the last night in the field.

Absolutely no complaints about Shindig Weekender apart from perhaps next time make it a Shindig 'Weeker' or maybe even a 'Fortnighter'!! An exceptionally fun and very friendly festival, with so much to offer. See you next year!