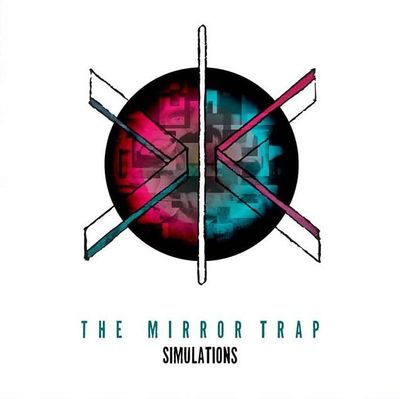 Are you yet to discover The Mirror Trap? Let me introduce you. The Scottish band are set to release their new album ‘Simulations’ which was recorded at Karma Studios, birthplace to legendary albums from Enter Shikari to The Libertines. These guys have supported indie favourites Placebo on tour after being spotted in Dundee by lead vocalist Brian Molko.

Since their first release back in 2014 the band's sound has developed into a more heavy intense sound. Lyrics on the record deal specifically with the lack of identity in today’s electronic world. The 10 track release kicks off with ‘Under the glass tower’, an angsty heavier tune, with a hard hitting drum and a sound that oddly reminded me of, ‘I’m not okay’ by My Chemical Romance.

‘New Trance’ has a mesmerizing intro, that made me reply the first ten seconds over an over, what a lead in! ‘New ID’ does not disappoint either, and furtherly hits me in the MCR feels. From first listen and previously hearing their first album it’s definitely not what I’d have expected.

Track 4 ‘Something about forever’ is a beautiful alternative piece surely to be a crowd favourite, with a catchy upbeat sounding chorus accompanied by a strong rhythm.

Final track of the album ‘Bleach your bones’ was my favourite of the album, from start to finish providing a unique listening experience; it’s a great track to introduce you to the band and summarizes everything I’ve loved from them so far.

Despite loving tracks from this album I wish it would have provided some more variation in sound to provide a more exciting listening experience. These guys are going to make massive waves with this one though! My favourite element of the whole album was the old school nostalgic sound with a fresh twist.