Lands Of Wonder You Should Explore As Soon As Possible 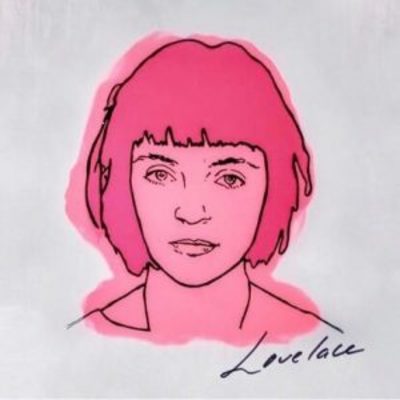 Lovelace is the stage name of Devonian singer Rebecca Whitbread. Her debut album ‘Lands’ is a musical tour of people and places from her past. She harks back to these memories with a striking ethereal voice that reminds me of Eddi Reader in places.

The first two tracks ‘B Man’ and ‘Grizzly’ get the album off to a great start with a real ear for a strong simple tune and a lyrical complexity that delights the listener. I love the harmonies between Whitbread and bandmates Hannah Murphy and Ruth Corey which lift this group above others with similarly excellent female singers. It creates a richer, fuller sound that groups with a single dominant female voice can’t quite match.

As you work your way through this album you hear hints of Sixpence None The Richer on ‘State of Play’ as the sound seems to move across the Atlantic to settle happily in Los Angeles and Pink Floyd at their most English in ‘Letting’.

‘We Danced’, featuring Whitbread’s raw vocals and superb guitar playing with just Petter Grevillius’ bass in the background, is a beautiful song that draws you in to its introspection and subtle sadness as she reflects on a love that she will never see again as she prepares to leave his apartment within the next hour.

Anyone who has lost a love, particularly in the pre-Facebook era, will identify with the pain of final separation, however inevitable it may have been. This is an album that sees Lovelace show a musical maturity beyond their years and introduces Whitbread as an authentic and important voice, both vocally and lyrically.

You can hear her influences but she takes them in completely new directions that would delight the original artists. ‘Lands’ is a truly stunning piece of work that will require and reward repeated listening.