<p>The Sziget Festival is one of the largest music and cultural festivals in Europe. It is held every August in...

Leave Reality At The Airport 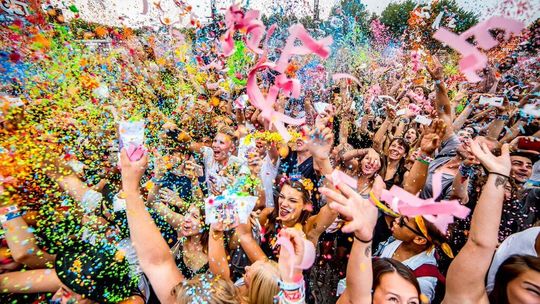 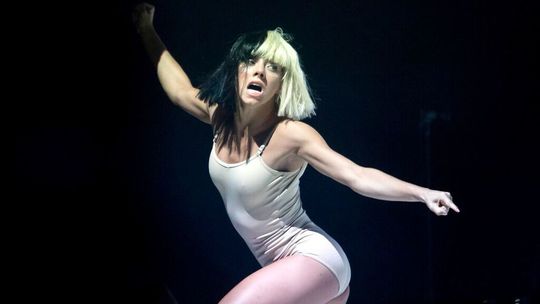 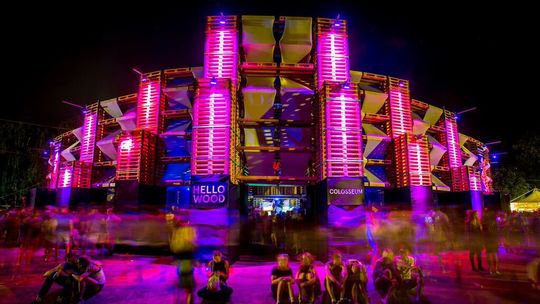 What draws you a festival? The line-up? The escape? The excitement? What is it?

Sziget Festival is arguably one of the biggest festivals in Europe. It's 7 days with a line-up that could better a lot of good UK festivals (Sia, Rihanna, Kaiser Chiefs, Noel Gallagher, David Guetta, Jess Glynne, Years & Years, Sum 41, Fedde Le Grande, Zedd... just to name a few), but with the name and time frame comes the people. There was roughly 70,000 people there. Imagine 70,000 raving to David Guetta. Imagine.

But let's not get negative thoughts in there... the festival is on an island in the middle of nowhere near Hungary. Once you cross the bridge, there is no going back - sure you can go in and out, but for the purpose of this article, once you're in, you're in - but the reality is you don't need any other reality. The bridge is a metaphor for your past and your life, once you cross it, your horizons revolve around Sziget and nothing else and when you arrive at the festival, you realise that may be easier than it would appear. The festival has everything and by everything that includes an Aldi.

The buzz from a festival is something you can't really write about (I'm going to try) and you can see the excitement and passion in people's eyes and as we pitch our tents and sort out FestiPay cards (a festival with it's own card, you top it up as you go... very exciting). Everything is super cheap; an expensive drink would be a Pina Colada at 1,300 HUFF (£3.70 GBP). Imagine living on £3.70 Pina Coladas?!

Mø was the first live act I was bothered by, even though I only knew about three songs, but she was energetic and high spirited and played the smaller A38 stage (which is situated behind the main stage, so in quieter intervals you can actually hear the main stage activities). Setlist highlight came in the form of current single 'Final Song' where the entire crowd seemed to know the song. Nothing more satisfying than a rowdy crowd singing along. It gave us the energy and excitement to prepare ourselves for one Robyn Fenty... yes... Rihanna.

She was thirty minutes late. She opened on a ballad and her setlist choice was a little shoddy but aside from that Rihanna was interesting. The better moments of her set were (surprisingly) the ballads, the moments she stood and sang (which weren't very often as she cut most songs and ran off the stage during most of it). Highlights include 'Same Ol' Mistakes' and 'Love On The Brain'.

If live entertainment were not your thing there was so much to do at Sziget without even having to see a major act live (it'd be a little bit strange, but very possible). There was a colour party, a pom pom party, authentic Hungarian dancing lessons, free hair braiding, bars in every direction, clothes shops, did we mention the Aldi? Funny story; from 11pm-3am the Aldi played ridiculously loud music and became a rave. A rave where you buy bread. Only in Sziget.

Sia was a massive highlight for us. She was essentially the only reason we went and her show did not disappoint. Whilst she doesn't offer much to the crowd, she does literally stand to the side and sing, her stage has wonderful modern dancing and cinematography that is absolutely out-of-this-world. It was often a case of "where do you look?" and I can't deny I spent most of my time just watching the still figure. The entire setlist was a highlight but it was refreshing to hear 'Breathe Me' in a modern circumstance as it appears to have as much depth and radiance in her discography now, as it did when it came out 10+ years ago. If not more. It gave us a lingering thought of how it would be strange to be a Sia fan from the beginning, it would be like going to a Beyonce show and the only song from her past catalogue she did was 'Halo' and performed much newer (albeit more popular) but still strange.

The great thing about festivals is the fact that whether you like it or not, you will experience new artists (and by new, I mean people you would never have checked out before) and in some cases it makes festivals exciting. The difference between going to a festival instead of a gig is keeping an open mind throughout... to say I'd seen Noel Gallagher, Bloc Party, Zedd, Tinie Tempah and David Guetta and enjoyed them will confuse my friends and whilst I won't be rushing out to buy their new records, in the moment, their music was very enjoyable and fitting. There are some moments that you hear about (Like singing 'Don't Hold Back In Anger' in a field with 50,000+ people) that you don't think you would ever experience, but suddenly you're there and no inhibitions can hold you back, except the lack of showering on others. With the token of discovering new artists, you can actually discover brand new, unsigned artists at a festival at an easier avail (like Norma Jean Martine for example). She is an American singer-songwriter with a huge voice and a catchy catalogue. A particular highlight was new single 'I Want You To Want Me' and 'No Gold'. Were going to keep our eyes on this one.

Throughout the Aldi raves and lack of showering, we still managed time to have a little chat with the Kaiser Chiefs (https://soundcloud.com/danieljohnsado/chats-with-the-kaiser-chiefs) and the wonderful Fedde Le Grand (below). Ah the wonderful little things we chat about backstage at a festival of 50,000+ people!

The great thing about seeing artists you like at festivals is the fact you know you're going to see them so don't need to commit to an entire show of theirs, take Jess Glynne for example, great artist but the setlist is a little tiresome... works perfectly for a festival but can be ticked off seeing her in her own show anytime soon. Same with Years & Years (on a different scale). So we've had the pleasure of seeing them twice live already and after Sziget marks the third occasion and whilst Olly's modern dance is exciting to watch, we know that we don't need to queue for tickets to see the next show, and he cut our favourite song from his set this time as well ('Memo') but no worries 'Ties' and 'Eyes Shut' were still there.

The thing about festival culture is hard to try and describe in words. Everybody takes something different from it. For me, the live music, endless drinks and accessibility is the draw... camping is not. 8-9 hours sleep is realistic. 4 or 5 interrupted hours doesn't quite work for me. Weather wise, we were blessed. It only rained on the last day and watching the broken souls descend the island wouldn't have quite the same imagery without the rain. So good call weather. Good call.